Donate
You are here: Home / News / FirstPort / Peverel-Cirrus tee-hee email: Cheating oldies is ‘not an official part of the process (tee hee)’ 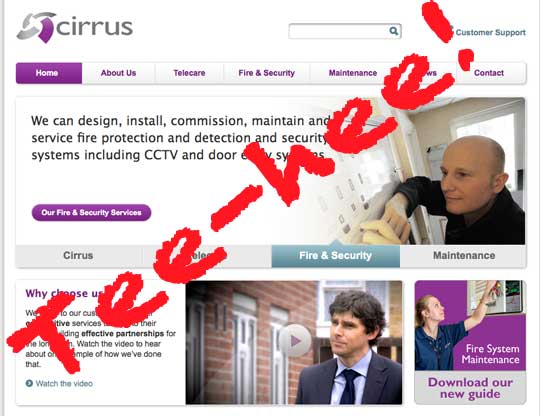 proper compensation is paid for this cheating

The secret contempt with which Peverel and its subsidiary Cirrus treated their elderly, vulnerable customers is revealed by the Office of Fair Trading.

It has published emails from Cirrus employees in its full 268-report into the price-fixing scandal. This can be read here

These include one Cirrus employee referring to the scam in these terms:

‘Hello I have updated the process but think its best if we keep this one ‘in house’ as the bits in red are what we do behind the scenes and not an official part of the process (tee hee).‘

On p.62 para 5.36:  An email from Cirrus to the stooge company Owens on 30 November 2007 explicitly sets out the framework for collusion with CCSL:

‘Hi [an individual acting on behalf of Owens] as per our telephone conversation today, I will be supplying your name to PMSL [Peverel] to supply an alternative tender as they require two quotes to put to the residents for all upgrades. You will then receive a tender pack from [a PMSL Senior Administrator]. I will email you our prices the day the tender lands with me, so that you can get out your price, if you can put in a higher cost than ours, i.e. 5%, 10%, 20% etc but vary it each time so it doesn’t look suspicious.’

On p.67 para 5.54: ‘ Moreover, it appears that over time CCSL developed a mechanism, to avoid residents getting suspicious, of delivering the work through a contractor who had not submitted the competing bid.

On this point, the OFT’s file contains a meeting note from March 2007, which records a meeting on 28 February 2007 between Cirrus, representatives of stooge companies Jackson and O’Rourke and others.

The meeting note records: ‘A brief discussion took place regarding Peverel and a senior Cirrus employee reiterated the importance of ensuring that tenders are returned on a timely basis.

Also, “Cirrus need to ensure that whenever possible, the sub-contractor carrying out the work on site is not the same sub-contractor who provides the alternative tender”.

In para 5.55: In her witness interview with OFT officials a Cirrus administrator explained that this system was implemented by the competing bidder for contracts being located in a distinct geographic area from the property which was the subject matter of the bid, with northern based contractors being asked to submit a bid for southern based tenders and southern based contractors would be nominated to bid for contracts in the north.

A Cirrus employee explained how Cirrus decided which contractor to nominate to Peverel to avoid ‘the residents getting suspicious’.

Cut out the nonsense and pay up for Peverel cheating! Cabinet minister tells Entwistle