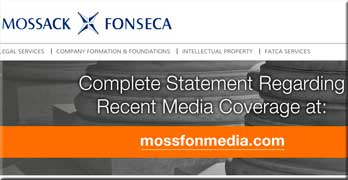 The Conveyancing Association, which is clear eyed to the many issues in leasehold particularly concerning complications and costs over sale, has had a set-back in attempting to make freeholders members of a redress scheme.

The idea is excellent, and should be taken up by Labour housing spokesmen, not least because so many residential freeholds are held offshore in murky trusts and similar.

It would be a very beneficial strep if they had to step into the light to be part of a redress scheme.

However, a written answer in the House of Lords rejected the move.

Beth Rudolf, of the Conveyancing Association, said: “Lord Bourne’s response to the question as to whether the government plan to require landlords [ie freeholders] of leasehold properties to belong to a redress scheme, indicated the lack of appreciation by the DCLG as to the loophole within the Commonhold and Leasehold Reform Act 2002.”

The response from Lord Bourne was that the Government is not persuaded that more burdensome approaches to regulate landlords would be effective.

Leaseholders in dispute with their landlord can apply to the First-tier Tribunal (Property Chamber) in England and the Leasehold Valuation Tribunal in Wales to seek redress.

However, the First Tier Tribunal are only granted jurisdiction in the Commonhold and Leasehold Reform Act 2002 over administration fees in respect of approvals or consents and therefore there is no form of redress for items such as Notice of Assignment, Deed of Covenants (unrelated to an application for consent), Certificate of Compliance or Transfer of Shares.

This has resulted in up to 75% of leasehold home movers being charges unreasonable fees, according to a recent survey by the CA.

“Recent cases in the Upper Tribunal which sets precedent confirms that the Comonhold & Leasehold Reform Act wording is very restrictive, as confirmed by the Judge in Proxima –v- McGhee (2014) and Mehson Property Company Ltd –v- Pelligrino (2009) where neither the administration charges for a Deed of Variation nor the registration of an underlease with the Landlord could be considered within the Act’s definition.

“Similarly, there are no provisions for redress in respect of delay in the Leasehold sales process.

“Over 30% of home movers according to our data have to wait over 30 days to obtain the information they need to sell their home and that is after they have paid the Lease Administrator’s (often exorbitant fees).

Perspective buyers and sellers are held to ransom by some freeholders and their managing agents – having to pay extortionate fees in order not to lose the sale.

Even in the limited situation where they can dispute the Leasehold Property Enquiry fee, this is not an option as they need the goodwill and co-operation of the freeholder to sell their property and “get on with their lives”.

The Conveyancing Association are continuing to work with the industry stakeholders across the leasehold and legal sector to create a fit for purpose redress scheme but this can only apply to Managing Agents who are required to be part of a redress scheme.

“We at least want to see a level playing field with Landlords and Management Companies having the same obligations as Managing Agents but this will need the government to understand the issue.

“We are told that there is no policy officer in the DCLG in relation to Leasehold anymore and they simply do not have the understanding of the legislative gaps and the impact on the home moving process.”

The 63% of estate agents who considered the process to be an issue and branded the Leasehold Sales Process “an absolute nightmare”, according to the Conveyancing Association.

Details of the Conveyancing Association redress scheme can be read here:

Leasehold sales are bedevilled with ‘extortionate’ charges and game-playing, says the Conveyancing Association