Donate
You are here: Home / Commonhold / Welcome to Spire View, our commonhold paradise … 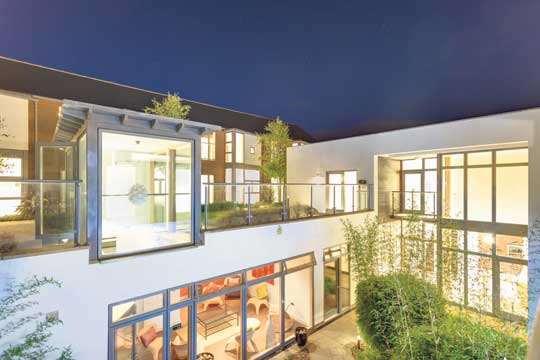 Spire View in the attractive market town of Pickering, North Yorkshire, is a tidy, very well designed complex of 16 houses and flats set around communal gardens and a swimming pool.

But far more interesting than that is that it is also one of only 15 developments in England and Wales built with commonhold title.

This means no monetising freeholder; no working the angles of leasehold; no high-handed threats of forfeiture from debt-collecting solicitors; no ground rent demands deliberately sent to the wrong address to pitch leasehold owners into breach of lease; no dealing with the property tribunal with its unbalanced cost regime (and its indulgence of freeholder gamesmanship) and all the rest.

Commonhold was introduced by the Commonhold and Leasehold Reform Act 2002, which sought to end the racket of English leasehold law. But as it was not mandatory, it bombed.

Spire View is one of a handful of places where commonhold was introduced, but does it work?

Well, it does according to David Robinson, 66, a retired logistics manager, and his wife Teleri, 60.

Two years ago, he bought a two-bedroom flat at Spire View, originally for over-55s but now open to all, paying £160,000, nearly half the £300,000 price it was advertised at in 2008. He had seen an article about the site in Yorkshire Life magazine.

“We had never heard of commonhold,” Mr Robinson explains. “But once we understood the concept we decided to buy as the property ticked all the boxes.

“The rooms are larger than other retirement sites, built with high end materials and well designed.”

Spire View was the project of New Zealand architect David Ball, and established with commonhold tenure, probably because he was more familiar with it rather than leasehold, which only exists in England and Wales.

The scheme, which had sold out off-plan, inevitably went bust along with so many others during the downturn. Those who paid deposits could not complete, and Spire View ended up on the books of RBS through its property company West Register.

This was ironical, as RBS will not issue mortgages on commonhold title, even the ones it owned. 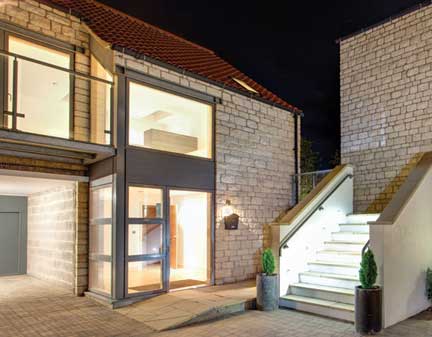 Sitting on the books at RBS as a distressed property asset, very little effort was made to sell off Spire View until about three ago. Now, nine of the properties have been sold, all to cash purchasers.

“We believe there have been people wanting to buy who needed a mortgage, but although there are supposed to be lenders on commonhold title, including the Yorkshire Building Society, they eventually pulled out,” says Mr Robinson.

“And some have been advised against commonhold by their solicitors.”

Sales of three properties are being handled by a branch of Hunters estate agents in nearby Malton. A further three have just been sold.

“Sales have been sluggish, but I do not know why apart from the unfamiliar title. These properties are a bargain and if marketed in London would be sold as second homes,” he says.

Even with all the unfamiliarity of commonhold, the Robinsons reckon Spire View is a far better prospect than an Anchor retirement site in Pickering. Here re-sale prices are £60-70,000 for leasehold flats which originally sold for £120,000 when new, Mr Robinson says.

As a commonhold structure Spire View functions without problems. Resident-owners are the directors of the management company, Pad 55 Pickering Commonhold Association Limited.

They make decisions about service charges for the communal boiler, swimming pool and gardens. There is an orangerie which is also used for communal meetings, and a guest suite that charges £15 a night for visitors who cannot be accommodated in the properties.

There are contributions of 0.75 per cent of sale price into the contingency fund.

The only hiccough was that RBS’s West Register decided to play games familiar to leaseholders by wrongly taking control of the management company. 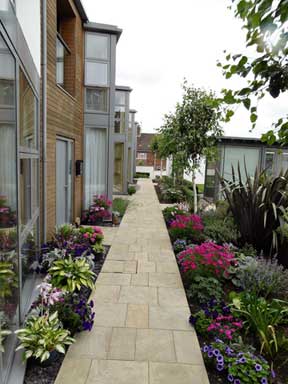 It altered the articles of association of Pad 55 Pickering Commonhold Association Limited, which contrasted with sales documents saying that commonhold homeowners would be in charge.

The involvement of the local trading standards authority ended this.

Shortly after, West Register sold the remaining flats to Tele Real Trillium, which is now trying to offload them.

“We are delighted with Spire View,” says Mr Robinson. “It was very difficult to get any information about commonhold title. But here it has proved to work fine.”

The only danger that LKP can see is that the unsold properties do need to be sold off and to individual owner-occupiers. If a majority were controlled by a property company, the games might start … 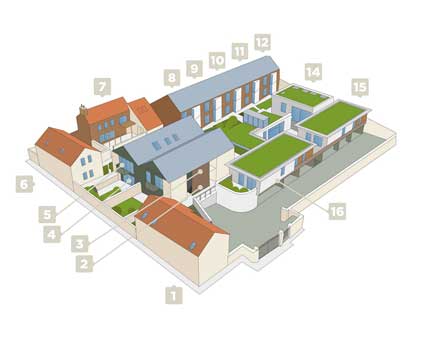 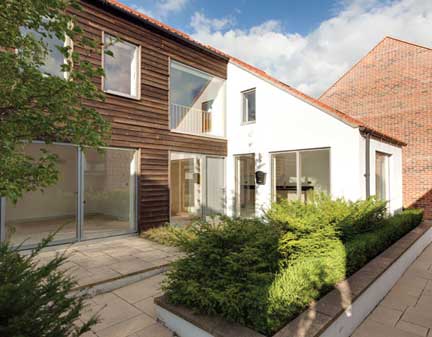