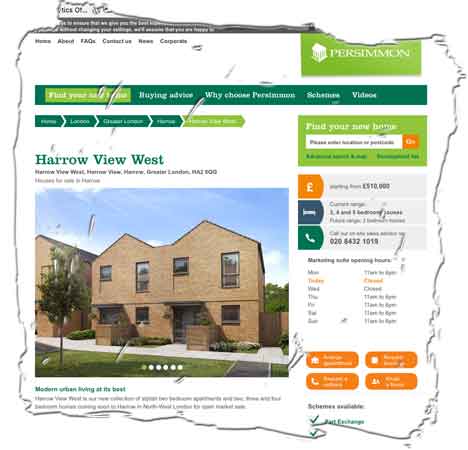 They bought their houses leasehold with 10-yearly RPI ground rents, but Persimmon is now selling the rest of the site freehold following the public furore.

“We will be the only leaseholders in the entire development,” says Anis Kasmani, speaking for the leasehold owners. “Without a doubt this will impact the value of our property as we will be up against the rest of the freeholders.”

The leasehold owners have demanded that Persimmon – which apparently still owns the freeholds – offer them for sale immediately, but it refuses to do so.

“Our position remains consistent with previous correspondence regarding leaseholders ability to purchase the freehold after two years of ownership at a value of no more than £3,750 on the basis Persimmon remain the freehold owner at the time of application, which we have stated we will retain ownership for the two-year period.

“We have simply changed our policy for a new phase, after the time you purchased, to freehold …

“Leaseholders have a choice of purchasing the freehold or continue to pay the low rent which can only increase each 10th year anniversary in line with RPI. We see no need for a meeting as we have set out our position which remains unchanged.”

“With all the noise surrounding the national leasehold scandal and government’s plans to ban leasehold on new build houses, how can this matter be considered closed at your end?

“The government is clearly stating that the new-build houses should never have been sold as leasehold and that the builders have been exploiting the housing market, especially the first-time buyers who are relying on government-aided Help to Buy scheme.

“What is the way out, or resolution, for the people who are currently stuck with leasehold? Does any of this change Persimmon’s position and approach towards the existing leaseholders?

“With the leasehold ban in place for future new build homes, we will be in a much weaker position as we will be the only leaseholders in the entire development. Without a doubt this will impact the value of our property as we will be up against the rest of the freeholders.

“What would you have done if you were in our shoes?”