… Unnecessary leasehold properties have been built, it admits

… It pledges not to buy more 10-year doublers (actually, there are not likely to be many)

He does not appear on any rich list but he has built a property empire that rivals that of the Duke of Westminster. Companies controlled by James Tuttiett, aged 53, have quietly snapped up the freeholds of tens of thousands of houses and flats in almost every city in England and Wales, which are now at the centre of controversy over spiralling ground rents.

The freehold investment fund E&J Capital Partners is in full retreat this afternoon over its ownership of rip-off ground rents.

And it makes highly strategic concessions aimed at keeping the ground rent gravy train in flow.

In a letter to Jim Fitzpatrick MP, chair of the APPG on leasehold reform and patron of LKP, James Tuttiett, the CEO of E&J Capital Partners, says he is surrendering the doubling ground rent assets in the portfolio. 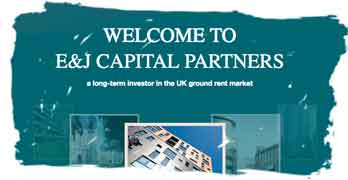 E&J Capital Partners has contacted 423 leaseholders at freeholds that it owns to revise the lease terms from 10-year doubling ground rents to RPI. A further 96 need to be revised.

However, in total E&J Capital Partners has 1,961 leases – 3.9 per cent of the portfolio – where doubling ground rents apply every 10 years.

Presumably, the bulk of these are owned by anonymous investors who won’t be revising the 10-year doubling ground rent clauses any time soon.

Mr Tuttiett says that E&J Capital Partners won’t be buying more doubling ground rent freeholds (although there are unlikely to be any).

By sacrificing a minority of its 10-year doubling ground rent portfolio, E&J Capital Partners is hoping to draw a line under the public furore.

Last Saturday, Mr Tuttiett was dubbed a “fatcat” in The Sun newspaper along with other developers and ground rent investors, and his portrait was super-imposed on the photograph of an obese cat. 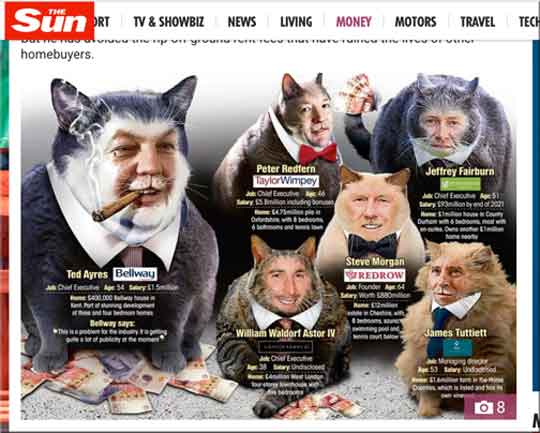 “In June 2016, we launched review of lease terms across our entire portfolio and found 1,961 leases, representing about 3.9 per cent of the portfolio had been drafted by developers to contain a 10-year doubling of ground rent.

“Since then, we have been working hard to change all of these leases such that the ground rents will rise by no more than inflation.

“This has been a complex process. In respect of the 519 leases where the lease income is under our control [presumably this means where E&J Capital Partners own the freeholds] we have agreed amendments with 420 leases such that the ground rent will not go up by more than inflation.

“We have contacted every other leaseholder affected and hope to have completed the changes shortly.

“In respect of the leases that we administer but where lease income is contracted to third parties, we are in advanced negotiations with counterparties in order to change the lease term such that ground rents will not go up by more than inflation and expect to reach a conclusion in the coming weeks.

“We will then be contacting affected leaseholders to seek their consent in making these changes.

“In addition, since our review we have also amended our internal investment procedures and criteria to ensure no further leaseholds containing similar 10-year doubling of ground rents can be acquired administered by E&J.

“As you know, leaseholds have grown rapidly in the UK since the turn of the century as housebuilders have sought to meet the needs of housing.

“The leasehold structure is highly effective where multiple dwellings share common services, such as in new-build flats, and there is also clear legislation to protect leaseholders.

“But there are also examples of unnecessary leasehold structures, for example in new build houses which share only limited common services or none at all.

“There have also been examples where leases containing ground rents that double every 10 years have prevented the proper value of sale of an affected property.

“We believe that the government and the media have played a key role in highlighting these issues, and we are fully supportive of the recent consultation into certain leasehold practices.”

The full letter from E&J Capital Partners is below: E&JCapitalPartnersStatement

Ground rent baron James Tuttiett gives £8,500 to the Tories (which is a bit stingy, considering …)