A 79-year-old pensioner in Clitheroe paid £38,000 to buy the freehold to his Taylor Wimpey leasehold house to ground rent speculators E&J Capital Partners.

Now he has been told by Taylor Wimpey that he is not eligible for the companies “ground rent review scheme”, which aims to make good onerous leases offloaded on its customers.

Trevor Nowell, 79, paid for the freehold in order secure the future of himself and his wife Margaret at the property, at Oakdale Drive, Whalley, Clitheroe.

They purchased the leasehold house, which had doubling ground rent, in September 2011.

Mr Nowell has been informed that he is excluded from any settlement within the Taylor Wimpey ground rent review scheme. 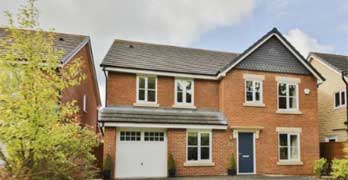 He believes that his case should be subject to the Taylor Wimpey review and that he was “deliberately obstructed” from buying the freehold by Taylor Wimpey (see below).

Mr Nowell was appalled when he realized after purchase the full implications of purchasing a leasehold house with doubling ground rent and sought to buy the freehold to secure his and his wife Margaret’s future.

E&J Capital Partners bought the freehold to his property along with his neighbours’, in December 2013. It paid £8,000.

Somehow or other it increased by a further £30,000 in value by the time Mr Nowell completed the freehold purchase in September 2016.

It is also a concern that Mr Nowell received a letter from
Mark Mainwaring, MD Taylor Wimpey North West on April 26 2017.

“I am aware that you have contacted our legal office in late November 2013 to inquire in respect of the purchase of the freehold of your property. You were informed that we were too advanced in the sale process to consider an offer from you. You have communicated that you consider that you were deprived of your right under the Leasehold Reform Act 1967.

“The right to purchase under that Act is only triggered by the service of the tenant’s notice in prescribed form and no such notice was served by you.

“Even if a notice had been served by you, we would have been entitled to and would still have proceeded to sell the freehold to E&J Estates.”

Both Peter Redfern, CEO of Taylor Wimpey, and James Tuttiett, MD of E&J Capital Partners have been contacted about this matter which has been raised with Communities Secretary Sajid Javid by LKP.