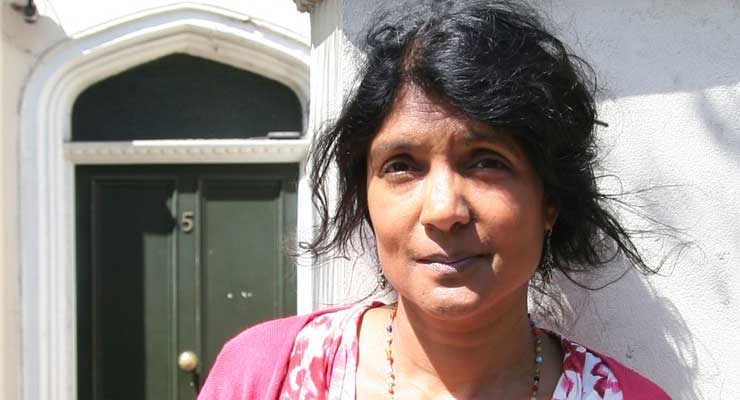 … and that includes suing their ex-managing agent, losing the case and passing on the £10,000 legal bill!

Lemmings unaccountably like to hurl themselves off the cliff-face into the abyss … and so, it seems, do Chelsea leasehold owners who cannot agree among themselves.

Years of wrangling mean that a rundown four-flat converted Victorian house just off the King’s Road is now being managed by a court-appointed managing agent. He has additional powers as the court-appointed receiver.

This is a mirror image opposite of the right to manage: the four leaseholders, three of whom are also the freeholders, cannot manage their own affairs so someone else is having to do so for them.

When neighbours cannot demonstrate a minimum ability to co-operate the result is years of argument, a neglected building, multiple LVT cases and … thousands of pounds wasted. In short, a disaster for all involved.

Each of the four leaseholders had until 5pm yesterday (Friday May 10) to pay £13,750 each for long overdue refurbishment works. They were also ordered to pay £2,500 each to pay the costs of a failed legal action by their managing agent, who had sued their ex-managing agent for release of service charge funds.

Issues came to a head with an LVT ruling last month – the third in this case – where it was noted, ominously, that the receiver “stands in the shoes of the landlord and has the function to gather in assets of the landlord over whom he has been appointed”.

The order to pay up £16,250 today has come as a bitter blow to filmmaker Renuka Wickramaratne, who has owned her flat for 20 years, and who is one of the three residents with an equal share of the freehold.

She is adamant that she has not been unreasonable in her dealings with her neighbours, but is appalled at the heavy hand of leasehold law that has made her powerless in the management of a building that she partly owns. An additional source of pain was a £2,565 overdue service charge demand, which the tribunal also ordered her to pay by last Friday.

The case of Peterborough Villas is unusual in that it demonstrates that even high up the social ladder – a flat here changed hands for £670,000 in 2007 – owners can be completely dysfunctional.

The building has been neglected for years owing to arguments over paying for the repairs.

For a moment in 2008, there appeared to be some agreement when David Price of managing agents James E Fisher and Sons was appointed managing agent. But Ms Wickramaratne concedes it was an error on her part that only her signature was on the contract of engagement.

After more rowing, two of the four leaseholders preferred Andrew Strong, of Atlantis Estates, and the matter was heard by an LVT in early 2011.

The resulting case reads like a beauty contest between two managing agents. Mr Price conceded that he did not have the support of two residents “and he appeared a little ambivalent as to whether he really wanted to be formally appointed”.

The tribunal favoured Mr Strong as he “came across as credible and professional” and “it seems to the Tribunal that a fresh approach is needed from someone untainted by past failings”.

The tribunal found in favour of those freeholders who wanted to engage Mr Strong, acknowledging that his management services were more expensive.

In July 2012 the residents at Peterborough Villas were back in the LVT where Ms Wickramaratne sought to remove Mr Strong as managing agent. She again argued in favour of James E Fisher and Sons, and was supported by Marcus Shields, the only leaseholder in the block who does not own a part of the freehold.

The two other freeholder/leaseholders wanted to retain Mr Strong.

It was a case heard by Professor James Driscoll, one of the country’s leading authorities on leasehold law.

His frustration in dealing with bickering lay applicants comes across in his ruling, especially as Ms Wickramaratne and Mr Shields sent “various communications” to the tribunal’s case officer after the hearing ended.

“We did not consider it appropriate for us to take account of unsolicited submissions made several weeks after the hearing,” said the professor.

He did not disguise his astonishment:

“It emerged at the hearing that Ms Wickramaratne and Mr Shields support Mr Fisher’s decision not to pass on the service charge funds [to Mr Strong].  We have also noted that they are not currently paying anything towards service charges.

“No disrespect is intended to Ms Wickramaratne, but she appears to have confused her role as one of the freeholders with the fact that she is also a leaseholder of one of the flats in the building.

“As one of the freeholders we fail to understand why she (amongst other things) opposes the passing on of service charges to the appointed manager and receiver.  And we repeat the point that as a freeholder she must share the blame with the other freeholders for what has gone wrong in the past.

“One of the reasons the tribunal decided to appoint Mr Strong rather than Mr Fisher is that he could act impartially as he had not been in any way connected with the unfortunate history of these disputes.”

The dispute subsequently took a near farcical turn when Mr Strong sued Mr Fisher in Reading County Court to obtain approximately £10,000 in service charges (both employing barristers) – and he lost the case!

By the time of the third and final LVT last month, the courts had clearly lost patience with Peterborough Villas.

“Given the history of the application before us and to the appointment of Mr Strong we have no confidence that the freeholders are yet capable of proper and effective management of the premises,” it noted.

Mr Strong applied to the tribunal on April 15 for £2,565 unpaid service charges from Ms Wickramaratne, (Mr Shields’ mortgage company having paid up following a forfeiture threat), plus £13,750 from each leaseholder for the long delayed urgent repair works.

In addition, the LVT has ordered the residents to pay the £10,000 legal costs spent on Mr Strong’s failed Reading County Court case.

The LVT could not have been clearer that it expected this money to be paid:

“The Manager is authorised to commence legal proceedings against all or any of the Respondent lessees to recover the above sums if they have not paid to him by 5pm Friday 10 May 2013.

“Any legal costs reasonably and properly incurred by the Manager and not recovered from an individual debtor in any such proceedings as may be issued shall be recoverable by him from the four Respondent lessees in equal proportions as if they were service charges payable by them.”

The three freeholders were also ordered to procure all accounts and records relating to Peterborough Villas from Mr David Price of James E Fisher & Son and hand them over to Mr Strong.

It is unknown at this stage whether all the residents have handed over the money. If not, the saga of Peterborough Villas will continue in the courts.

For the residents, this has been an expensive performance to stage.

The full LVTs can be read here:

Rendall and Rittner managing agent who stole £122,000 for a ‘Made in Chelsea’ lifestyle

Yet again! This time Adderstone told to stop loading sub-letting fees
Next Post: Stuff a leaseholder and win an iPad! The unpromising debut of ARMA-Q