Donate
You are here: Home / Latest News / Five right to buy scams that are tricking taxpayers out of millions 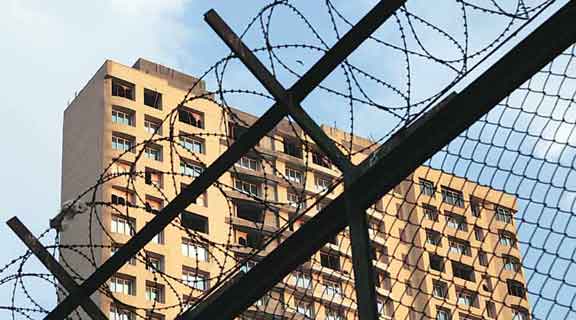 The government has created a £16 million counter fraud fund to stop right to buy scams.

While there are better protections built into the Housing and Planning Bill, it is not clear to what extent this will stop the scammers working this market.

It’s not of course the person on housing benefit driving the scam but those who lend the money. The social tenant may well end up as the biggest victim in the whole process.

The lender agrees to accept supposed family members’ incomes in adding up the purchaser’s total revenues. This should be stopped under the Housing and Planning Act, because supposedly buying tenants must show their incomes are sufficient.

The lender pays the borrower a “second income” through a totally unrelated company. This increases the borrower’s supposed total income.

The commitment to repay this “second income” becomes a payday loan that never appears in the formal documentation.

This one is more difficult to spot.

Converting your freehold home into a leasehold one.

This scam involves the lender agreeing the funding in exchange for converting the property to leasehold tenure, either as part of a new purchase or as a means to clear existing mortgage debt for historic right to buy owners.

Some years later the ground rents kick in.

These are ground rents the leaseholder has not noticed and cannot afford.

Surprise, surprise the leaseholder then loses the home to the lender. We understand this is a popular system in the Birmingham area, where somehow or other lenders become aware of right to buy owners who have fallen on hard times.

Here the deal is simple: the tenant is offered a sum of money to “buy” the home on condition that he then sells it to the lender.

The deal is that the tenant gets some money and goes back to his previous rental for a fixed period. The problem is at the end of this period, the victim then faces commercial rents and has lost the home.

This may be far and away the biggest “scam” because it is legitimate.

There are a substantial number of residential social landlords (RSLs) and ALMOs (Arm’s-Length Management Organisations that run council’s housing stock) that allow right to buy flats to be sold without the buyer having any real idea of future costs.

It gets worse though because the prospective right to buy leaseholder is often told by the RSL or ALMO that there are no known major works costs.

They caveat this with the comment that the buyer should consider appointing his own surveyor, which would of course mean checking the entire block at considerable expense.

When these providers claim that they are not aware of future costs that it not quite true.

It is not unknown for someone to buy a right to buy flat and be told that there are no major works proposed and then to be presented with an estimated bill for £20,000 three months later.

Unfortunately, many ALMOs and SRLs have poor accounting systems that pass on large costs to the right to buy leaseholders, when in reality some of those costs are little more than guess-work.

ALMOs and SRLs claim no knowledge of future costs partly because of how they believe they are meant to work under government guidance.

Often they have one huge maintenance contract for their estates without specific calculations for future costs to individual blocks in individual years.

Instead, there is just an overall budget spend per year across the estate, which is allocated depending on what the provider thinks is best for their estate.

By structuring things this way for the council rental tenants, these providers then deem the costs only likely to arise for a specific block shortly before the works are actually due to start.

Some of these providers then claim they do not have full “condition reports” on their buildings so are not aware of likely future costs.

LKP would respectfully suggest such claims are rubbish and that all major RSL or ALMO employ professional surveyors on an on-going basis.

That these surveyors have not produced a specific figure for the future cost of works does not mean they are not fully aware of the general condition of the buildings and the likely issues that will need to be addressed in the next five years.

So, the right to buy new homeowner gets wiped out with a massive (and predictable) major works bill.

There are 50 leaseholders facing bills of £50,000 each from Oxford City Council at present.

The trusty government investigators will of course think they know of some or maybe all of these scams, and perhaps more.

But it is almost certain that they then miss subsequent re-sales, which do not appear and where everything seems “normal”.

Some of these properties are sold on without appearing on the Land Registry.

You do it like this, avoiding tax man as well as the Land Registry: simply grant a power of attorney over the property.

In this way it appears to continue to be owned by the right to buy purchaser, when in reality is controlled by the lender or a related company.

Housebuilders sitting on 600,000 plots of land, while taxpayers pour in billions through Help To Buy