Donate
You are here: Home / Latest News / Local authority leasehold on BBC’s You and Yours 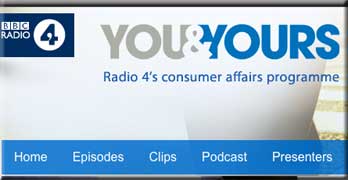 LKP has long been concerned about the issue of major works where huge bills are presented to leaseholders (tenants pay nothing, obviously).

So many private leaseholders are wiped out by these huge bills that Southwark has a policy of buying up right-to-buy flats.

The issue is addressed at 32.00 on iPlayer below: http://www.bbc.co.uk/programmes/b06myhn3

LKP highlighted areas where leaseholders can challenge these costs:

1/ As always leaseholders need to mobilise and co-operate fast: in order to share costs for a lawyer and/ or a surveyor.

2/ Has the council / housing association followed the correct procedure of consultation?  Make sure the council is aware that you are mobilised, informed and professional ASAP. As always in leasehold, freeholders exploit the ignorance and lack of cohesion among flat owners.

3/ It is not a bad idea to fire a lawyer’s letter at a council as early as possible.

4/ If there is an error in the procedure, the costs can be challenged.

5/ If the works are unnecessary or over extensive and the council is just getting leaseholders to pay up for improvements to a block, they can be challenged. You may need an alternative opinion from a surveyor, which can be expensive. So, share costs if possible.

6/ Councils may chance their arm and try to enhance the physical state of a block and get leaseholders to pay for this, rather than carry out repairs / maintenance. In this case a woman had a £55,000 bill for new windows by Hounslow thrown out by the Upper Tribunal of the property chamber. Sebastian O’Kelly refers to this case in the radio broadcast.

How local authority leasehold owners can fight back