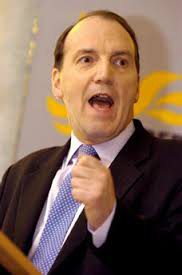 This is a piece for February 2013 from Simon Hughes’ website. The bill did not progress but here local authority leasehold owners have had their concerns addressed

The Leasehold Reform Bill, piloted by Simon Hughes and co-sponsored by 11 other MPs, looks set to start serious progress through the Commons today, with cross-party political support. Mr Hughes’ Bill is the Second Bill listed for debate today (22nd February). Andrew Miller’s Temporary and Agency Workers Bill, the only Bill ahead of Mr Hughes’ Bill, is expected to complete its second reading in time to allow the Leasehold Reform Bill to start and possibly complete its Second Reading this afternoon.

The Leasehold Reform Bill, which is aimed at giving greater rights to people who live in leasehold properties bought from local councils in England and Wales, would make a number of much needed improvements which would benefit hundreds of thousands of leaseholders across the country.

The main proposals in the Leasehold Reform Bill are to:

In the London Borough of Southwark alone, which includes Mr Hughes’ North Southwark & Bermondsey constituency, this Bill would potentially affect over 13,000 households*.

‘Since Mrs Thatcher introduced the Right to Buy in the early eighties, tens of thousands of families have ended up as leaseholders of local councils up and down the land.

My Bill is a response to the continuing concerns of young and old houseowners alike who struggle to pay the Bills and feel they have too little say over their homes.

I hope the government will make a positive response to this serious attempt to produce a better deal for council leaseholders.’

How local authority leasehold owners can fight back

How local authority leasehold owners can fight back
Next Post: Davey and Bottomley quiz OFT over its leniency deal with Peverel over the Cirrus price-fixing scam