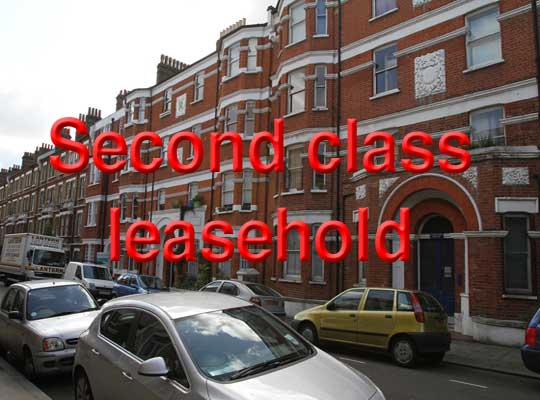 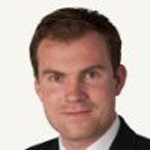 Dominic Pearson is a solicitor who until May worked as an associate at Allen & Overy, one of the UK’s largest law firms. For many years, he volunteered his time as a pro-bono advisor at Lambeth Law Centre where he advised local residents on landlord and tenant matters. He is currently on sabbatical pursuing a master of laws degree at the University of California, Berkeley.

As a leasehold owner of a local authority (LA), some leasehold rights which would otherwise be available to you are unavailable. Why?

Many affected leasehold owners are not aware of this. As a result, the law appears to expect a higher standard from private freeholders than from LA freeholders.

But it is not all bad news: because as your freeholder is a public body, you do have other limited remedies which other leaseholders do not

Back in 2009, when I owned a small one bedroom leasehold flat in Lambeth, at that time blissfully unaware of the woes many leasehold owners face, I received through the post the service charge bill for the upcoming financial year. My freeholder was Lambeth council. As I opened the mail and looked at the total estimate, I was staggered by what I saw.

The estimate was more than double the cost of previous years. Could I challenge this in some way? How did they arrive at such a figure? No explanation was given with the bill. Had any other leasehold owners noticed this astronomic hike in service charges?

Outraged, I set out to find what rights were available to me so that I could get answers from my freeholder to these questions. It was a process that ultimately left me exasperated without any satisfactory results.

Right to receive a summary of accounts (the “section 21” request)

This right is found in section 21 of the Landlord and Tenant Act 1985 and obliges the freeholder, on written request by the leasehold owner, to provide a summary of the costs incurred in connection with the services recovered through your service charge.

Once you obtain this summary, you become entitled under section 22 of the same Act to make a more detailed inspection of the accounts, receipts and other documents supporting the summary.

This was the right I looked to first after the shock of my service charge bill had sunk in.

First off, it doesn’t help that the current version of section 21 you see when you log on to legislation.gov.uk is not in force (in any useful way, anyway). The older version which remains in force is harder to track down.

The government at the time felt so strongly about leasehold owners having this right that they made it a criminal offence for your freeholder to fail to comply within the specified period … except if your freeholder is a local authority, in which case there is currently no sanction in the Act for non-compliance.

So what happens, as happened to me, if your local authority freeholder ignores your section 21 request, or responds to it but does not supply the information it is meant to supply?

Your solicitor, if you have one, may advise you that you could have a civil remedy against the council for breach of statutory duty, but that route is not only time consuming and costly, but it may be fruitless: damages are not the remedy you want because you haven’t really suffered a tangible loss.

Instead, you want some way to compel the local authority to provide with the summary. The threat to the freeholder and its directors of being personally criminalised is usually enough to ensure that you get your summary. But as a leasehold owner of a local authority flat you are denied that disincentive.

Why are local authorities exempt from the criminal sanctions for non-compliance? It is because that same local authority is charged with the job of prosecuting private freeholders who break this same law.

You can see the government’s logic: you cannot go about prosecuting yourself, can you?

But that thought process appears to have stopped there as the legislation does not provide any alternative redress for leasehold owners of a local authority freeholder who lose out.

In practice this apparent oversight can lead to outright hypocrisy on the part of the local authority: enforcing breaches of the law against private freeholders through criminal sanctions while being allowed to break the same law itself with criminal impunity.

Right to be consulted for big items of expenditure

As a leasehold owner, you have the right to be consulted in respect of certain works or service agreements relating to your building that the freeholder proposes to enter into, and which it seeks to recover from you through your service charge (such as maintenance contracts and insurance policies).

If it does not follow the consultation procedure laid out by law, then the freeholder may only recover a limited sum from you and not the full cost which would otherwise be recoverable.

Under usual circumstances, the affected leasehold owners are entitled to nominate an alternative contractor to carry out the works or perform the service and, if more than one leasehold owner nominates the same contractor, the freeholder is then obliged to obtain an estimate from the contractor which received the most nominations and present it alongside any other estimates he obtains.

However, if your freeholder is a local authority and the contract it proposes exceeds a particular amount (and it usually will), leasehold owners are not entitled by law to make any nominations and may only make “observations” which the local authority must have “regard to”, but need not otherwise act on.

Such rules are not compatible with allowing leasehold owners to nominate their own contractor but the rules should, in theory, provide an adequate check and balance in respect of any contracts it enters into.

However, the theory often does not translate into practice.

How much confidence do you have in your council getting value for money or not getting ripped off by a private contractor?

This sort of thing gets enough bad press when it is taxpayers’ money at stake. But imagine yourself being made personally liable under a contract with a private contractor your council negotiates on your behalf, on which you have virtually no say.

Would you be happy?

Another concern is that, whether or not your council gets value for money, are you receiving the full benefit of any of these contracts?

Supposing the council gets a reverse commission, or “kick-back”.

For example, the costs of repairing the roof of your building may be presented to leasehold owners as costing £2,000 each (which could be true at the time), but the council then later receives £200 of that money back because of a volume discount.

Has this been passed onto you or are you, the leaseholder, unknowingly plugging holes in the council’s balance sheet and paying more than the cost of the service?

Alas, if section 21 requests go substantively unanswered with apparent impunity, you have no way of finding out the answer to any of these questions.

When freeholders exhaust the patience of leasehold owners either by their neglect or sharp practices, the nuclear weapon in the arsenal of leaseholders’ rights is the right to take control of the management of the building themselves (the “right to manage”) or, even more drastic (but also more expensive), compel the freeholder to sell them the freehold of the building (the “right to enfranchise”).

In each case, this allows leasehold owners to manage their own affairs free of third party control in order to make sure the building is looked after in their own best interests.

Leasehold owners in a building owned by a local authority freeholder are, under the relevant legislation, excluded from being able to exercise the “right to manage”. Why?

The reason seems to be again  compliance with complex public procurement rules.

The whole aim of the “right to manage” is to put management beyond the control of the freeholder. But in this scenario the local authority remains the legal owner of the building and so all management, even if in the hands of the leaseholders, is still undertaken on behalf of the freeholder and in its name.

Compliance with the public procurement rules by the local authority would be impossible because management decisions are now beyond the its control.

While the relevant “right to enfranchise” legislation does not deny outright such right to leaseholders of a local authority, it is in practice often impossible to exercise.

This is because in order to qualify for the right, at least two thirds of the flats in the building must be owned by private leasehold owners and not let to council tenants.

This is rarely the case because most buildings owned by a local authority tend to be a mix of leasehold owners and tenants.

In addition, because the right to enfranchise requires the purchase of the freehold at a fair price, the costs involved mean that the “right to enfranchise” is financially out of reach in circumstances where the leasehold owners believe the building is being mismanaged.

It is not all bad news. As a leaseholder of a local authority freeholder, there are certain forms of comfort, redress and remedies available to you not available to other leasehold owners.

Local authorities hate this, because the number of escalated complaints it receives affects its sacred “star rating” and a low-star rating generates bad press and puts them under pressure to improve their services from central government.

However, this route may not be completely effective. For example, you may be offered a discount off your service charge but still be denied a summary of the accounts.

Another means of getting answers is to submit a freedom of information (FoI) request. However, while these requests often do get some answers, the answers are not usually of a specific enough nature to be useful.

One other big advantage to having a local authority freeholder is that you know they have deep pockets, which means that if you do have to go to court or a tribunal and you win, they have the funds to pay up any damages owed to you.

The same cannot be said about many private freeholders whose corporate structure often means that profits are siphoned off out of reach through service fees to management or offshore parent companies.

So, do these plus points make up for the rights you have lost by being a leaseholder of a local authority?

Probably not, but they are useful nonetheless.

One difference government can make very easily to all of this is to finish enacting the new section 21 and other enhanced provisions (originally introduced by legislation in 2002 but not yet fully in force) which will, for example, allow leasehold owners to withhold payment of service charges where the freeholder has not supplied a summary of the service charge account.

This will help in levelling the playing field for leasehold owners, particularly those with local authority freeholders, by introducing an immediately accessible form a redress against any freeholder in breach of these provisions.

Our freeholder calls us leasehold owners “a bunch of animals”