… Councils are useless at cost control but must maintain their buildings, says LKP

… Private leaseholders see themselves as a cash cow 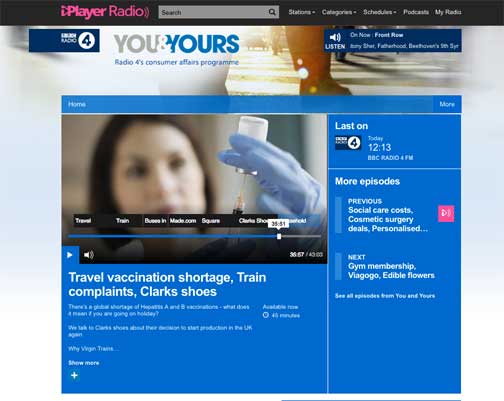 BBC R4’s You and Yours programme today featured a young couple of first-time buyers set to defy a £36,000 major works scheme set by Southwark council.

Charlie Johnson and his partner Fran brought a flat in Nunhead, south London, and three months after moving in November 2015 were hit by a major works upgrade to the building.

The bill now comes to £36,000 and the couple told the programme that it was excess and that they cannot pay it.

The maintenance is for a new balcony, new windows and a new roof.

“We were still doing the flat up when the bill arrived,” said Fran. “We are still paying off loans to family to pay for the flat.”

Although they were aware that a major works scheme was a “a possibility”, they had not been told that one was imminent by their solicitor.

“If the block needs a new roof, it needs a new roof. But we do not believe that it does. We do not think the scope of the works that they [Southwark] have laid out is valid.

“There are hugely inflated costs across the bill. For example, there is a charge for ten mobile phones on the bill at £3,380 and site stationery at just under £200.

“The costs are duplicated and inflated, and way more than I would pay for this.”

The couple cannot pay the £36,000 under a repayment scheme of Southwark’s that would mean £1,000 a month, in addition to whatever are their current outgoings.

The couple have taken advice and have decided to challenge the costs by refusing to pay.

He dismissed Southwark’s statement claiming that if private leaseholders did not pay their share the burden would fall on council tenants in the block.

“It is very debatable whether the tenants in that block will have to make up the shortfall, although the wider taxpayers will have to pay up.

“The advantage of buying an ex-local authority flat is that you get it significantly cheaper than a flat in a private block. But the disadvantage is that you have a local authority as your landlord, and they have an appalling reputation for cost control.”

Presenter Peter White asked whether expansion of the right to buy had made these problems worse.

“It has got worse with right to buy,” replied Mr O’Kelly. “To some degree, there is antipathy towards private leaseholders in social housing blocks.

“It is anecdotal, but many leaseholders do regard themselves as being a bit of a cash cow paying excessively to maintain a council building.

“But the other point is that a local authority block does not have a contingency fund unlike a private apartment block, so this is why these huge bills come to leaseholders.

“This case is by no means unusual.

“I am absolutely appalled that the couple are not going to pay this, though. If they get taken to court this means the property could well be forfeited. Southwark will probably use lawyers on this, and there will be significant legal fees, and people do lose their homes.”

Peter White asked whether Mr O’Kelly could see the Southwark’s point of view, as it has to maintain its housing stock.

“There is a lot of speculation about local authority corruption here. For example, the head of housing in Exeter is in prison at this moment.”

Mortgage lenders and conveyancers lay bare the rot of leasehold to MPs
Next Post: Who are Dublin-based Boardwalk Finance DAC and Jetty Finance DAC? Why do they own freeholds to people’s homes? And why are they based abroad?