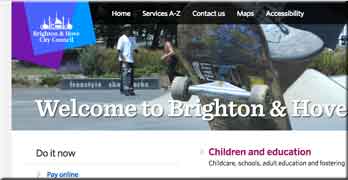 Brighton council is paying back money to private local authority leaseholders who have been overcharged for major works costs.

The issue is brought to LKP’s attention by the ‘Justice For Tenants’ group, who can be contacted through their Facebook page.

In the first case to be submitted, the council has agreed the percentage of cost of works to the resident’s block was incorrect and have repaid £5,343.82 covering the period since December 2006.

What has not been explained is how the incorrect costs charged to individual residents, the housing benefits system, or the Housing Revenue Account could have gone on for so long.

Why has this discrepancy not been identified by annual audits?

If the council is charging 5% more than the actual cost what is happening to the extra money being collected and how is it being accounted for?

A spokesperson for JFT said:

“Every resident should check what percentage of the service for their block they are paying.

“If a one bedroom flat is paying the same as a two or three bedroom flat it is likely something is wrong. Every leaseholder should check their lease to ensure charges are based upon the correct percentage.

“The City Council must thoroughly investigate how this has been allowed to happen. Refunds must be paid automatically to anyone who has been charged incorrectly”

The problem was first raised with Brighton’s housing department two years ago but the issue was ignored by council officers.

At the present time there are up to 100 (probably more) complaints with the council concerning costs, quality, and necessity of work.

In virtually every case, Mears plc and the council refuse to accept there is a problem, it is claimed.

An independent and comprehensive investigation is needed now, says JFT.

Shula Rich, of the Brighton and Hove Leaseholder Association, can be contacted for local authority leasehold advice here