Donate
You are here: Home / News / Competition and Markets Authority / OFT / Fury as OFT may give Peverel immunity over Cirrus price-fixing scandal 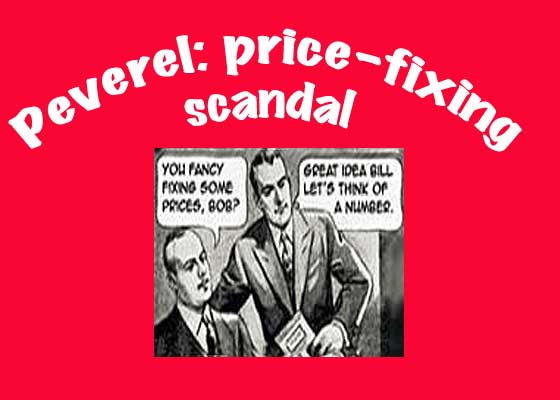 UPDATE July 10 2013: LKP / Campaign against retirement leasehold exploitation received this email from the Office of Fair Trading this afternoon, shortly after a meeting with Sir Peter Bottomley at which this scandal was discussed:

I am the team leader for the OFT’s investigation into certain access control and alarm systems companies, with respect to which the OFT issued a Statement of Objections on 5 July 2013.
I understand that you have approach Peverel to ask when Peverel first reported the matter to the OFT. I can confirm that Peverel reported this matter to the OFT in December 2009, prior to any complaint being received by the OFT.
I trust that the above answers your query.
Kind regards,
Yael Shine

Three leasehold activists who reported Peverel for price-fixing over Cirrus door-entry systems by running bogus tendering processes feel betrayed by the Office of Fair Trading, which reported on the scandal on Friday.

The OFT claims that Cirrus Communication Systems “engaged variously in a number of collusive tendering arrangements”.

Between 2005 and 2009, residents were duped into thinking a proper tendering process had taken place whereas in fact Peverel handed the contracts to its subsidiary Cirrus, the OFT says.

Three other smaller companies, two of whom have now gone out of business, acted as stooges and provided their own quotes to provide alarm and door entry systems, the OFT alleges.

One of them was routinely 15 per cent higher than Cirrus. But the tendering process was a sham, the OFT claims.

The matter was raised with the OFT in January 2010 by Campaign against retirement leasehold exploitation activists Susan Wood, Ken Kilmister and another long-standing supporter of the Campaign Against Retirement Leasehold Exploitation, who chooses not to be named.

A string of emails confirms their long-standing dealings with the OFT. Last week the three were even asked whether they were willing to be named in the full OFT “statement of objections”.

They replied that they were, and also wanted to be identified as Campaign against retirement leasehold exploitation activists.

The OFT, however, is dealing with the matter as though Peverel itself reported the alleged fiddle.

“The matter was brought to the OFT’s attention by one of Cirrus’ then parent companies, Peverel Group Limited,” reads the OFT press statement.

“Under the OFT’s leniency policy when a company is the first to report its participation in cartel conduct it may qualify for immunity from penalties. Provided it continues to cooperate, Cirrus will be immune from any penalty imposed in this case.”

A Peverel spokesman claims the company reported the matter to the OFT “prior to the change of ownership”.

The Campaign against retirement leasehold exploitation activists had several meetings with the OFT over the past three years and were legally represented. Their lawyer is now demanding an explanation why the OFT is claiming that Peverel turned itself in.

“As far as we are concerned, Peverel was simply co-operating with inquiries that we began,” said a spokesman for the three.

Leaving aside the penalties Peverel faces, the OFT is still accusing the largest property management company in the country – and one with an overwhelming presence in retirement leasehold – of signing up its own subsidiary which, the OFT says, was cheating residents through a bogus tendering process.

If money has been paid wrongly then civil courts are unlikely to be persuaded by a “leniency policy” of the OFT.

This is the second occasion that the OFT has ducked out of confrontation with the troubled retirement leasehold sector.

Last summer it offered the opinion that exit fees were wrong, but came up with a deal with the Tchenguiz Family Trust freehold companies.

Anyone who has paid exit fees, must fight it out themselves in court (Campaign against retirement leasehold exploitation recommends small claims court action and can assist with this).

Now we have the claim that Peverel turned itself in after the tendering process was fiddled in favour of Cirrus, and should benefit from the OFT’s “leniency policy”.

Meanwhile, the retirement leasehold sector is virtually static and confidence in it has drained away. This is highly damaging to the wider housing market.

The price-fixing allegations concern Peverel before its takeover by its current owners.

Owens Installations Limited has admitted its involvement in a collusive tendering arrangement with Cirrus and entered into a settlement agreement with the OFT in February 2013.

The four companies named by the OFT are:

Peter O’Rourke Electrical based in York went into liquidation in June 2012.

Glyn Jackson Communications based in Leeds went into liquidation in September 2012.

Owen Installations based in Dorchester is still operating and shown in Duedil as having an estimated turnover for the year ending Feb 2013 of £129.643. Directors Jeremy David Owens and Joanne Owens.