Donate
You are here: Home / News / Taxpayers funding two leasehold houses a day in 2019 through Help To Buy … despite government saying THREE times they should be banned 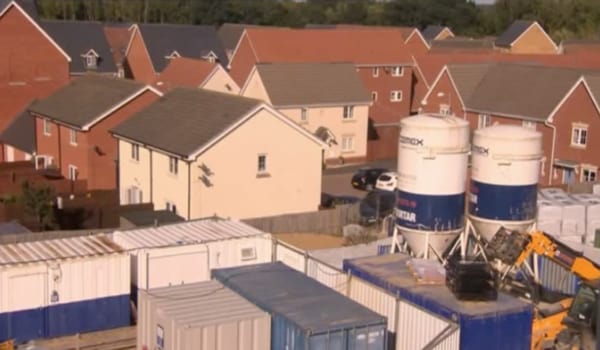 Almost two years on from the announcement of a ban on the sale of new-build houses as leasehold tenancies, developers are continuing to cash in on the practice.

According to government figures published yesterday, the first half of 2019 has seen Help To Buy equity loans taken out on 395 leasehold houses.

That means taxpayers have been subsidising housebuilders to sell an average of two leasehold houses a day.

It is not known whether the houses have escalating ground rents written into the leases.

In the first quarter of 2019, 200 houses were sold through Help To Buy on a leasehold basis.

The flagship government housing initiative was responsible for the sale of another 195 house tenancies in the months of April to June.

Developers are set to enjoy another year of taxpayer funds to sell houses as tenancies if no leasehold houses ban is forthcoming.

Only in 2021 do the existing Help To Buy procedures end:

The figures also show that developers have been comfortable selling flats in England to consumers homebuyers with a share of the freehold.

From launch in April 2013 to June 2019, Help To Buy equity loans have been issued on 2,231 flats recorded as “freehold” on the Homes England Management System.

“In England, flats are typically owned on a leasehold basis and freehold flats are rare. A flat may also be owned as a ‘share of freehold’, meaning a tenant will have a lease for their flat as well as a share in the freehold of the whole building, but technically the flat will still be a leasehold. It is most likely that these flats recorded as freehold, are ‘share of freehold’.”

The information supports Conservative politician Crispin Blunt’s call to have Help To Buy 2021 regulations stipulate that apartments must be sold as (share of) freehold where a developer is unable to make the existing commonhold legislation work:

Retirement housebuilders will only reform when they are forced to do so, Lord Best tells property conference
Next Post: The Times reports that families ‘lost £3 billion’ on resale of leasehold retirement flats, while developers and freehold speculators made millions