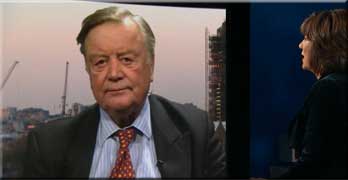 Taking a break from the follies of the world – the Brexit he disapproves of and the muted idea that he become prime minister of a national government – the Tory veteran Ken Clarke has noted that things are not good in the world of leasehold.

In correspondence to Susan Hunt, a former LKP accredited managing agent and a constituent, he writes:

“I agree that there are serious problems in the present market and there is a case for reforming the law to prevent abuses.

“I will continue to follow the debate as closely as possible and will support any sensible measures that are produced when Parliament returns and gets back to its normal business.”

That was written on August 21, before Boris Johnson decided to imitate Charles I and prorogue Parliament, reducing Remainer blockers to a state of apoplexy.

But even more of note than the constitutional crisis is … Ken Clarke’s office still seems to be sending out correspondence on a typewriter!

It was David Cameron who noted that the Tory elder statesman declined to use a mobile phone, on the not unreasonable grounds that “it kept going off”.

Law Commission: ‘We want to hear about problems in leasehold law’

Harrow to hit council leaseholders with £4,500 fire safety bills
Next Post: Problems commenting on this site »