Donate
You are here: Home / Latest News / Leaseholder activists rejected for positions on LEASE board 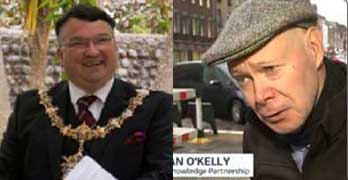 Two prominent advocates on behalf of leaseholders have been rejected for the new board positions on the Leasehold Advisory Service.

LKP trustee Sebastian O’Kelly was rejected for the second time to the board; Bob Smytherman, prominent LibDem councillor in Worthing and chairman of the Federation of Private Residents Associations was also turned down – for the third time.

Here the housing minister Gavin Barwell felt it necessary to remind the taxpayer-funded agency that it was “to be solely, and unapologetically, on their [the leaseholders’] side”.

He also promised adequate funding to cease LEASE’s dependence on commercialising initiatives for freeholders and the professionals that they employ.

Sir Peter Bottomley, MP and patron of LKP /Campaign against Retirement Leasehold Exploitation, told the conference that according to the constitution of the Leasehold Advisory Service there should be some representatives of leaseholders’ interests on the board.

For years, there have been none.

“There may be somebody on the board who is a leaseholder, but I don’t think they actually include someone who spends their time working for leaseholders,” said Sir Peter.

“I suggest that when the Secretary of State comes to approve the latest applicants for the board that they include people who work for leaseholders.

“If not, he should delay the appointments.”

LKP has formally raised concerns with the DCLG about Roger Southam’s position as chairman of LEASE, but these were rejected

In a 20-minute feedback phone conversation, a civil servant informed Mr O’Kelly that his application did not proceed as it failed to include a full covering letter.

Mr O’Kelly replied that the 500,000 words on the LKP website were sufficient in this respect.

It also failed to address the criteria for the board position – displaying some knowledge of leasehold law and service charge issues.

In fact, the first tasks required for a board candidate – issued before Mr Barwell’s change of direction with LEASE’s funding – were to help provide “strategic direction … including in respect of its commercial activities and achieving commercial outcomes”.

LKP has been strongly critical of LEASE’s commercialising agenda with freeholders and their employed professionals. Now the housing minister appears to agree, promising sufficient funding to free it from dependence on the sector.

Mr Boyd, another of LKP’s three trustees, declined to apply to the board while the chairman remains Roger Southam and believes Mr O’Kelly was “optimistic” to do so.

“The Leasehold Advisory Service was set up in a different era, and it is perhaps impossible to have a neutral quango operating in this highly controversial area.

“But while taxpayers are paying for it, it should strive to do its job properly and it should have leaseholder representatives on its board.

“It is frankly outrageous that a leasehold sector game player such Martin Paine – who causes huge stress and misery on ordinary families with his scam to impose £8,000 a year ground rents – should have honed his skills as a regular attender of the LEASE conferences.

“If it continues, the Leasehold Advisory Service needs to reset its moral compass, because it is seriously awry.”

BBC R4 You and Yours exposes Taylor Wimpey buyers facing doubled ground rents to £500 before 10 years have passed
Next Post: Leasehold rip-offs are ‘legalised extortion’ by housebuilders, says Chartered Institute of Building