Donate
You are here: Home / Latest News / Leaseholders thank JFM for turning around RTM site with £45,000 service charge arrears, reducing them to £800 in four months 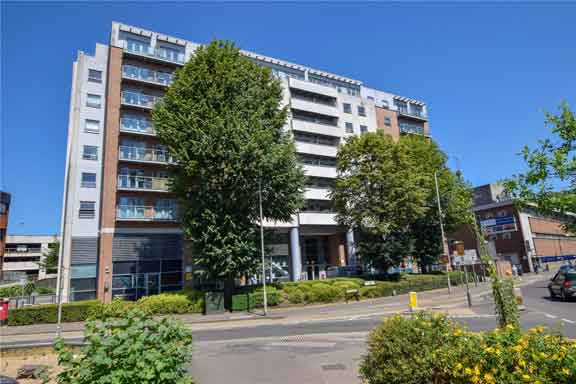 Leaseholders at Wilmington Close, a 143 flat RTM site with six commercial units in Watford, have given fulsome praise to their managing agent, JFM.

It is a young start-up by James Farrar and Joe Mallon, based in Harrow, which has grown exponentially since it began.

Like all LKP accredited managing agents – including the biggest HML Holdings plc, which has 70,000 flats under management – work for leaseholder controlled blocks.

Few human sentiments are as fleeting as gratitude, it is said, so it is pleasing to see the leaseholders at Wilmington Close express it.

“JFM came to us at a very dark and troubling period as an RTM, having experienced two very nefarious managing agents over 5 years, we thought this was what we can expect of the industry as a whole.

“JFM have completely changed our view after they turned around the management of the building and all of the fundamental mistakes left by their predecessors resolved in the most innovative and knowledgeable ways.

“We are now in good stead to improve the future of every residents’ investment and quality of life.”

“JFM have been managing Wilmington Close for a while now and have been instrumental in helping us improve the building and its financial management.  “James and his team are always around to answer any queries and resolve any issues and were also very helpful during the process of selling our property.”

Here is what has been going on from JFM, and we attach a copy of the service charges to March 2018.

JFM took on the management for the block in June 2016. The directors warned us that it would be a huge challenge, and that the finances in particular, were in a complete mess. How right they were.

With JFM still being only one year old at the time, one of the managing partners, James Farrar, took this client under his wing.

He got to work in making sweeping changes across the board, encountering all sorts of hidden ‘gremlins’ as time unfolded. The following is a summary of a few of the most critical issues which were resolved.

No service charge accounts had been produced since 2011. James spent dozens of hours sorting through historic invoices for the 7-budget-schedule scheme and inside 9 months had the 2015 and 2016 accounts prepared and distributed.

Two months later and the 2017 accounts were also ready and out to leaseholders – less than 2 months after the March year-end.

The many inaccuracies in the financial setup were meticulously worked through with every possible improvement and fix applied. An example budget of the outcome is shown below (low resolution is due to large size of original document).

The arrears that were inherited were very high, standing at over £45,000, and this excluded thousands of pounds which had yet to be billed to several of the units due to incorrectly classified unit-types, consequent inaccurate budget percentages, and many other oversights by our predecessors.

Within four months the arrears had been reduced to an almost negligible sum.

Commercial to Residential Reclassification– Recovery of £10,000

There were originally 7 commercial units. By the time JFM took over management, one of them had been turned into 9 new flats, all retained under one original lease.

They had been connected to the communal heating system, but had not yet been connected in such a way that they had any means to measure their usage, and therefore no legal means to be billed for it.

They were still being billed service charges as a commercial unit, even though the renovation to residential flats had been completed 18 months prior.

JFM quickly went about, without need for external legal assistance, changing the classification for the unit and reconfiguring the service charge percentages for all 149 units across the 7 budget-schedules.

The changes were back-dated to 18 months before, and agreement made with the leaseholder to pay a reasonable estimate for their 18 months of free utilities usage.

The 9 new flats were all made to have smart meters fitted and incorporated into the communal heating system at a cost of £6,500 (recharged to them) and everything put into perfect order within 9 months of taking over.

The leaseholder had every right to challenge the changes in a much bigger way than they did, but through smart negotiation by JFM, this was expertly avoided.

Due to the forensic analysis of the financial setup, all the changes to the service charge accounts, budget and percentages payable, inevitably a miscellaneous array of other significant faults were found and fixed.

The 7-schedule budget had been assigned a single reserve fund for a start, naturally leaving them in a precarious state and open to challenges by leaseholders. James worked backwards and split this pot into four separate ones at the ratios they ought to have been.

£45,000 of annual electricity usage had previously been overlooked and was missing from the budget. £23,000 of this sum was payable by the 6 commercial units only and yet had been paid by the building as a whole for the 6 years of the block’s existence before JFM came to the rescue.

This one change alone instantly shaved £500 of each of the 143 flats service charge liability!

Then there was the considerable VAT rebate successfully applied for giving the building a nice windfall of nearly £10k after years of previous agents paying the wrong rate of VAT.

When JFM first sent over photographs of the communal heating system gas meter to the supplier, the supplier declared that the meter had been misread for the last 6 years and that an important digit from the reading had been omitted on every occasion a reading had been provided. This resulted in an unexpected £340,000 debt owing!

This left JFM in a bit of a sticky spot having to break this news to the flat-owners. However, by the time the news was announced, the debt had been challenged and negotiated down to just £39,000 and terms agreed for it to be paid within a feasible timeframe. This one act alone saved every one of the flats in the building on average £2,239!

Here is how the Wilmington Court service charge breaks down:

Just how much can a freeholder charge in a leasehold flat sale?