Donate
You are here: Home / Latest News / MPs told of the murky world of leasehold service charge accounts … by an accountant 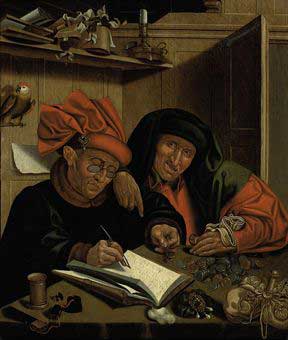 The murky world of leasehold service charge accounts was laid bare to MPs and leading figures in leasehold at a Commons round-table organised by LKP earlier this month.

Accountant Nick Hunwick, of Simpson Wreford & Partners which acts for 500 legal entities involved in leasehold service charge accounts in the South East, gave his overview of state of leasehold accounting.

“Originally I was going to say that at the small end we do not encounter many problems,” he told the meeting, hosted by LKP patron MPs Jim Fitzpatrick (Labour, Poplar and Limehouse) and Sir Peter Bottomley (Conservative, Worthing West) and chaired by Martin Boyd, of LKP.

“But only last week we were presented with a freeholder who owns the freehold of five unrelated blocks of flats who has formed his own managing agency and contrived to collect the service charges and huge reserves for major works and transferred half a million pounds to his other companies to prop up their balance sheets at his year end before transferring the money back again.”

Mr Hunwick titled his presentation (in full below) on leasehold service charge accounts A Fistful of Dollars, echoing the Spaghetti western theme of Law Commissioner Stephen Lewis, who earlier talked of the Good the Bad and the Ugly in leasehold practices.

Mr Hunwick emphasised that leasehold is of growing importance as more of the population live in flats and depicted a woeful picture of the state of leasehold service charge accounts and property management.

“It is in London that we are experiencing some very worrying situations. And there is no reason to suppose other major cities are different.

“We are presently acting for a number of very large blocks in London where no service charge accounts have been produced for at least four years, and where service charge demands total at least £2m per year and the freeholder is reluctant to provide any information whatsoever.

“In one instance the freeholders’ lawyers have had a field day with the meaning of “accounts, receipts and other documents”.
After much delay and obfuscation we attended the office of the managing agent (created by the landlord and not a member of ARMA).

“We had provided a checklist of those things we wished to see.

“We were presented with 10 lever arch files of invoices, a set of heavily redacted bank statements with entries blanked out and where the inference was that monies were being transferred out to other unauthorised bank accounts. And no SCAs at all.

“I might add that many of the costs were paid to companies owned by the freeholder – at dubious margins.

“So much for accounts, receipts and other documents”

Mr Hunwick prepared his first set of service charge accounts in 1971 and has seen a succession of efforts by the sector to improve its standards.

ARMA is only 20 years old, and the codes of practice “are only codes”.

The failure of the Commonhold and Leasehold Reform Act to introduce sections 152 and 156 was a missed opportunity.

“Many [management companies] have moved with the times and the spirit of the absent legislation. I actually think the reputable managing agents have a lot to do with this.”

But there are still issues.

“In another instance a surveyor has been appointed under the housing act and we are the reporting accountants acting on his behalf. He has received so many aggressive letters from the freeholder’s lawyers asking for, amongst other things, confidentiality agreements to be signed that he has asked to withdraw.

“Another case involves the freeholder, who operates one half of a large building for commercial purposes is allegedly using residents service charges who occupy the other half, to fund the entire building.

“I am sure this is the tip of a large iceberg.

“The procedure for bringing the freeholder to account is a tortuous process involving A FIST FULL OF DOLLARS to yet more professionals via First Tier Tribunals. Why should residents have to go to such expensive lengths to find out what has happened to their money? It should not be.

“Better, more direct legislation is required, in plain English, with better definitions, with realistic penalties for non-compliance. And if I may steal another title from the next topic not to force residents to pay A FEW DOLLARS MORE every time they have a problem

“In recent weeks the Governor of the Bank of England and the Chancellor have joined forces to clean up the City. I think this is another area to which the same applies. Perhaps we need Clint Eastwood and THE MAN WITH NO NAME.”

The full presentation is here:

Just how much can a freeholder charge in a leasehold flat sale?

Leaseholders thank JFM for turning around RTM site with £45,000 service charge arrears, reducing them to £800 in four months

Murky investors hitching a ride on the English (and Welsh) homeowner, thanks to leasehold