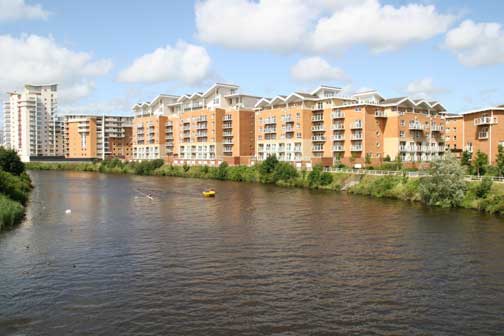 Campaign against Residential Leasehold Exploitation has been right to expose “expose the outrageous behaviour of cowboys” in the retirement housing sector, the Law Commissioner Stephen Lewis told MPs and key leasehold figures at Westminster.

The Law Commissioner, who is presiding over an inquiry into leasehold “event fees” (triggered by events such as sale or subletting), said that the law is being broken, consumers are being misled and that leaseholders are facing “extortionate” subletting fees.

Mr Lewis eschewed the normally oblique references to dubious practices in the leasehold sector, titling his presentation (in full below) “The Good, the Bad and The Ugly”.

“Then your solicitor calls. There’s a problem. The price you offered to pay – let’s say two hundred grand – so definitely not in London – was just the up front price. When you sell the house, a tenth of what you sell it for will go back to the developer who built it.

“You’d be outraged. You’d be astonished. And yet, in one sector of the housing market, the events I’ve just described are commonplace. That, ladies and gentlemen, is the retirement sector.

“I want to be absolutely clear. I have no objection in principle to people agreeing to pay an additional premium when they resell a property. And there is evidence that, in the retirement sector, such an additional payment is part of a financial model that can make things more affordable for those who wish to move to specialist older people’s housing.

“But what I do object to is the fact that, as in the example I just gave, a purchaser will not know what he or she is signing up for. People can spot, enquire about, view, offer to buy a property, have the offer accepted, instruct a solicitor and only then find out that the final cost is more than they expected because of the swingeing fees on resale.”

“The unusual, complex and delayed nature of transfer fee terms, coupled with behavioural biases, may mean that consumers do not make optimal purchasing decisions.”

“We want consumers to be able to make fully informed purchasing decisions about properties with event fees. That’s what our reforms will set out to achieve.”

“The Bad is what Campaign against Residential Leasehold Exploitation has so rightly highlighted in the past. The cases of vulnerable pensioners being taken unawares by hidden fees.

“And thanks to the efforts of campaigners, valiantly now led by Sebastian O’Kelly of LKP, the outrageous behaviour of the cowboys in the sector has come to wider attention.”

“No one should be forced into accepting an event fee in their retirement flat. They should always be given the choice to pay up front instead.

“Only when their solicitor sees the lease do they find out that they have to fork out thousands of pounds in event fees when they come to sell the property.”

The Law Commission carried out its own “mystery shop” for a retirement flat.

“We found that estate agents who sell retirement property are not telling buyers about event fees. Even when the developer is selling the property directly the buyer isn’t being told early enough.”

Mr Lewis said that in a survey of 50 solicitors with experience in retirement property only twenty-three percent said that clients already knew about event fee before instructing them. That meant 77 per cent said that they did not.

“The law is the ugly part. It’s ugly because there are existing laws in place being broken, but they aren’t being enforced.

“And above all it’s ugly because there is a mish mash of overlapping regulation in the sector, with multiple codes of practice, but nothing out there that quite hits the nail of event fees on the head.”

“Is the law being broken at the moment? Yes. How? Well, if you advertise a property at a particular price but forget to mention the event fees, this is seriously misleading to buyers.”

“We think that whether event fees are unfair contract terms depends on a number of factors, including the nature of the triggering event, whether the consumer had a choice to pay the fee up front instead, and whether there was full transparency about the event fees from the start of the sale process.”

“We want to bring clarity to the existing law of unfair contract terms, and to make clear how it fits in with property law.”

The Mr Lewis addressed “another ugly problem”: what to do about existing leases.

“We propose to make a minor amendment to Landlord and Tenant law so that our reforms will be effective from the next conveyance of the property.

“That means that the next time an existing leasehold property is sold, there will be a strong legal incentive for the industry to behave with transparency and fairness towards the incoming purchaser.

“We are planning to end the practice of charging extortionate sub let fees. Some people in the industry have been charging the same event fee that would be payable on resale every time the leaseholder sub lets the property or there is a change in occupancy. We don’t think that is fair, and we are working with the code owners to stamp out that practice

“But developers are savvy. I could certainly imagine them trying to bring event fees into the mainstream. And that’s why we need to make sure that if anyone tries to do this, the protections for consumers are ready and in place.”

The full speech can be read here: