Dublin-based developer Ballymore has bluntly told an MP that leaseholders will have to pay to remove Grenfell ACM cladding panels at New Providence Wharf in Poplar, east London.

It joins Aussie developer Lendlease, which is refusing to pay out – or explain why not – at Cypress Place and Vallea Court in Manchester.

A figure of £2.4 million is aired, although it is unclear at this stage whether this is for the fire marshals, or to remove the cladding.

Sean Mulryan and his family own 100% of Ballymore, which was founded by the former bricklayer in 1982, and supposedly owns more land in London than the Duke of Westminster.

Sean Mulryan’s Ballymore Properties recorded a pre-tax profit of £518 million (€587 million) at its UK arm following a revaluation of some of the group’s investment properties, a gain arising on the settlement of financial obligations, and forfeited deposits.

Nonetheless, the Mulryans have decided not to heed ministers’ pleas that developers “do the decent thing” and pay to remove the Grenfell cladding rather than dump the bill on their former customers.

“I can confirm that it is the freeholder’s intention to charge the leaseholders the cost of the replacement of the ACM panels.

“The lease in this case indemnifies the freeholder against costs, given that the financial interest of the building is essentially owned collectively by the leaseholders and little economic value is retained by the freeholder.

“Given the age of the building, the warranty periods have expired so there is no legal recourse to pursue against builder and/or subcontractors, even if we deemed this appropriate.”

This reply (in full, below) is curious on two points.

1/ It acknowledges that the freeholder’s financial interest in the building is minimal. This begs the question: so, why does it profit from the management, rather than allow the leaseholders to run the site?

2/ The freeholder, with minimal financial involvement, makes the decision whether to pursue a claim against the builder – ie Ballymore itself – or sub-contractors “even if we deemed this appropriate. Er … In what circumstances would Ballymore decide to proceed against itself, one wonders?

The directors of Ballymore Asset Management are David Pearson and John Mulryan, son of the founder, who are also the directors for Landor Residential Limited, with the addition of Sean Mulryan himself.

Sean Mulryan: the man who owns land in every corner of London

© Tom CampbellLondon property tycoon Sean MulryanFew property barons come bigger than multi-millionaire Sean Mulryan. He owns more land in London than the Duke of Westminster, not bad for the 56-year-old, one of seven children born into a farming family and rural poverty in western Ireland. 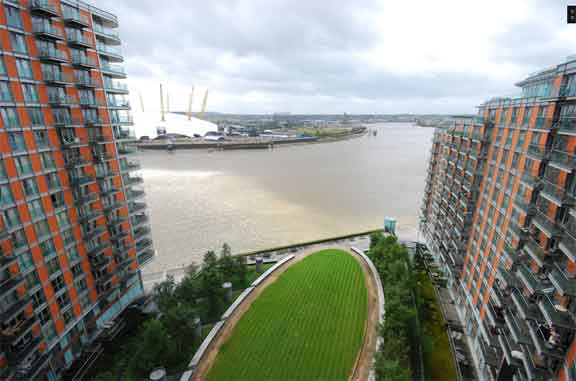 Ballymore claims: “We completed c.2000 homes in London in 2016, and 7,000 more are currently under-construction with forward sales of c.£2.6bn. Our land bank gives us the capacity to add a further 9,000 homes to meet future demand.”

The New Providence Wharf residents’ association can be contacted here:

Law Commission: no problem employing barrister Justin Bates to reform right to manage, while he sets about stuffing another one …
Next Post: Leaseholders thank JFM for turning around RTM site with £45,000 service charge arrears, reducing them to £800 in four months »