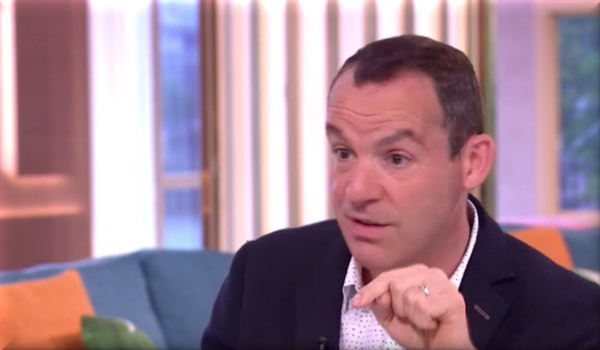 Consumer affairs champion Martin Lewis (above) has challenged the major party leaders to explain their policies on leasehold as part of an online election debate.

It’s the biggest consumer decision most will make in 2019. While it’s important to factor everything in, voting to choose who should govern has a big impact on the pound in your pocket, and everyone else’s too.

With the exception of the Brexit Party’s Nigel Farage, leaders of all the mainstream parties standing for seats in England and Wales responded to the call.

Where Jeremy Corbyn repeated the language and pledges of his party’s manifesto, which has pledged to “end the scandal of leasehold for the millions who bought their home but don’t feel like they own it”, Boris Johnson confirmed that the Conservatives will “continue with our reforms to confront unfairness in the leasehold market”.

Using the word “unfair” seems stronger than what was in the Tory manifesto, which referred to “redress mechanisms”.

The policy prospectus also described leaseholders – who have the overwhelming financial stake in their buildings – as “tenants”, which is technically correct but might suggest the interests of landlords could be protected in any reforms should the Conservatives return to power and implement the Law Commission’s recommendations.

Of the five who provided answers to moneysavingexpert.com, the UK’s biggest consumer website, Liberal Democrat Jo Swinson was the ONLY leader not to address the scandal that has been dubbed as ‘the PPI of the property industry’.

It continues the silence in the Liberal Democrat manifesto, which has stunned campaigners.

The SNP’s Nicola Sturgeon focused on her party’s wider housing offering, owing to the fact that leasehold has already been abolished in Scotland, which is the only territory where she is standing candidates to the UK Parliament.

Despite no mention of leasehold in its 2019 manifesto, Green Party co-leader Jonathan Bartley allayed fears that the Greens have lost their enthusiasm for commonhold flats:

“All new developments under a Green Government will be freehold, commonhold or co-operative owned.

“We have a longstanding policy commitment to phase out residential leaseholds. Existing leaseholders would be given the right to buy their freehold at a fair price.”

Bizarrely, a Plaid Cymru government would only cap ground rents on new leases and not ban them altogether, a policy England’s Labour and Conservative parties both agree on.

Plaid Cymru’s Adam Price set out his party’s stall on leasehold as follows:

“We would also cap increases in ground rent to reflect actual costs and would outlaw leasehold homes in new estates.

“We are also looking at introducing a windfall tax on the profits of large developers to put right the problems created over years by lax planning laws and the developers exploiting loopholes to cut corners and trap buyers into problem estates – for example, problems with leaseholds, unadopted roads and fire safety.”

The leaders fielded questions on the consumer concerns most popular with the website’s readers.

LKP understands the National Leasehold Campaign directed its fifteen and a half thousand Facebook members to vote to get leasehold to the top of the poll.

The Liberals (no, not those ones) register ‘severe dissatisfaction’ with Tory record on leasehold

Would you want your former Prudential pension invested in Tchenguiz ground rents by Rothesay Life? FT reports concerns
Next Post: Grenfell United link up with leaseholder groups to protest cladding crisis and warn next government of Grenfell 2