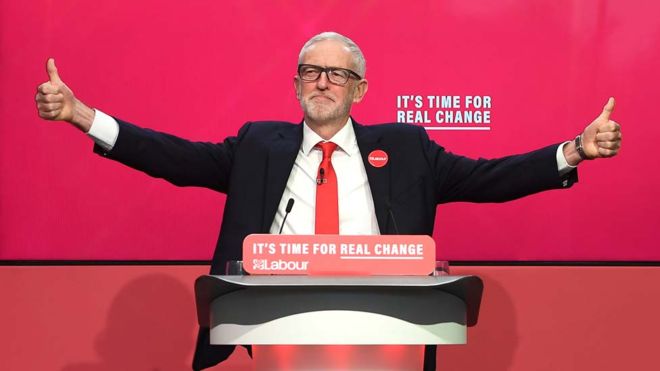 The Labour party manifesto was published this morning – and is the first one to mention leasehold issues.

On page 79 of their manifesto, Jeremy Corbyn’s Labour have promised:

“Labour will end the scandal of leasehold for the millions who bought their home but don’t feel like they own it. We will end the sale of new leasehold properties, abolish unfair fees and conditions, and give leaseholders the right to buy their freehold at a price they can afford. We will introduce equivalent rights for freeholders on privately owned estates.”

The Conservative manifesto is anticipated tomorrow.

In comments to the Times today, Boris Johnson said:

“The Conservatives have always been the party of homeownership but under a Conservative majority government in 2020 we can and will do even more to ensure everyone can get on and realise their dream of owning their home. At the moment renting a property can also be an uncertain and unsettling business, and the costs of deposits make it harder to move. We are going to fix that.”

But what about leasehold, which undermines the property-owning democracy?

The Conservatives have pledged to introduce “lifetime” fixed-rate mortgages requiring deposits of only 5 per cent to help renters “realise their dream of owning a home”. Boris Johnson has announced that the Tories would create a “new market” in long-term fixed-rate mortgages by bringing in investor

Can the Tories wriggle out of reforming leasehold? Don’t bet on it …

LKP patron Jim Fitzpatrick retires as one of Labour’s most respected MPs
Next Post: Feudal Dubai cracks down on bloated service charges in flats … and puts added oomph in commonhold