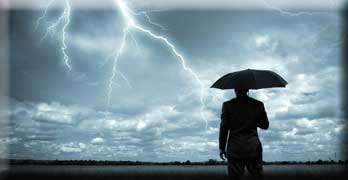 On Tuesday a media storm broke over the complacent, arrogant and bullying leasehold sector such as it has never seen before.

In fact, it began on late Monday night with Tweets of the announcement by Sajid Javid that he was to end leasehold houses, looking to reduce new ground rents to “as low as zero” and end abuses in the sector.

The front page of the Times was reproduced … and in the early hours of the following day all hell broke loose.

Then there were newspapers: the Guardian, which was the first newspaper to take up this story on the prompting of LKP, the Times, the Financial Times, the Telegraph and the Mail.

A spate of further articles are expected this weekend, with LKP providing one for the Sunday Times.

Here is a selection of the media coverage (and please send links in comments of ones we have left out:

Researchers from University College London say 10,000 lives a year could be saved if people who are starting HIV treatment late are also given a bundle of drugs to prevent other illnesses. Diana Gibb is a professor of epidemiology at the Medical Research Council Clinical Trials Unit of University College London. Sajid Javid / leasehold at 2.30 mins

Original news and exclusive interviews from across the UK with Adrian Chiles.

Victoria gets reaction from some of those who have supported the parents of Charlie Gard.

The announcement by communities secretary Sajid Javid that he is calling time on the outrageous racket of leasehold housing is hugely welcome. Thousands of (mainly young) first-time buyers have bought these dubious products in good faith from housing giants. But they have been royally cheated.

Get all the latest on leasehold from the Granada with ITV News.

Sky News – First for Breaking News, video, headlines, analysis and top stories from business, politics, entertainment and more in the UK and worldwide.

The day’s big stories, plus news and sport.

Get news as it breaks from 1,000s of local, national and international sources – a one stop shop for news, sport, entertainment and business news – by NewsNow

A BOLTON homeowner caught up in a ground rent scandal has spoken at her delight after the Government announced a ban on the ways that homes can be sold. Jo Darbyshire has lived with her husband Mark, and two children in a Taylor Wimpey built home in Silver Birch Close, Lostock since 2010.

New plans to ban the sale of new-build homes in England under leasehold have been unveiled, as the government called it a sign of the “broken housing market”. Buyers have been caught in spiralling costs and fees, which can make homes virtually impossible to sell.

The typical sales pitch for a new-build home is based on the interior decor (neutral tones with quirky contemporary touches), and the style of the glossy kitchen (behold that dishwasher and be…

The UK’s antiquated property law was put in the spotlight earlier this week when the government announced a review into the rising number of newbuild houses that are being sold with onerous leases. But it is not clear what will happen to the estimated 100,000 people who have already been sucked into property contracts that in some cases have left the value of their house completely worthless.

10 things you need to know about the leasehold consultation

Sajid Javid, the secretary of state for communities and local government, wants to end ‘feudal practices’ in the housing market. But what’s in the consultation document? 1) Leasehold is on the rise Land Registry figures show that leasehold made up 43% of all new-build registrations in England and Wales in 2015, compared to 22% in 1996.

Daily Mail on leasehold houses and doubling ground rent scandals
Next Post: Patrick Collinson, of The Guardian, … on leasehold