Donate
You are here: Home / News / Government to ban leasehold houses and set ground rents ‘as low as’ zero

From the Leasehold Knowledge Partnership:

The announcement today by Sajid Javid is welcome. Indeed, with 93 MPs and peers in the All Party Parliamentary Group, of which LKP is the secretariat, it at last looks like government is listening.

Leasehold houses are an absolute racket: a means by which developers have managed to turn ordinary people’s homes into long-term investment vehicles for shadowy investors, often based offshore.

Unfortunately, they have not just been disadvantaging leasehold house owners.

Thousands of leasehold flats have also been sold with these toxic ground-rent terms.

Altogether as many as 100,000 homes are unsellable as a result of this trickery.

In short, plc housebuilders have been systematically cheating their own customers.

So, now the housebuilders need to get serious at putting right a problem that they in their greed created.

This initiative, approved by the Treasury, comes from politicians and the political staff.

It is disappointing that this issue has had to be raised by a minnow organisation like us – first reported by the Guardian, to its credit – rather than by those on the public payroll. 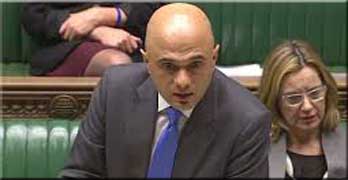 Sajid Javid, the Communities secretary, is to announce a ban on new-build leasehold houses and restrict ground rents to ‘as low as’ zero today.

The move effectively ends the practice of housebuilders, big and small, cheating their own customers dreaming up leases with punitive ground rent terms and other income streams.

These include the demand for consents for sub-letting, minor home improvements, conservatories, sometimes even the laying of carpets.

Ordinary people think they are buying a home; in fact, they have inadvertently signed up to fund a sophisticated investment asset at their own expense.

The developers subsequently sell on the freeholds to leasehold houses and flats to murky and anonymous investors, often based offshore.

Many of these bumper profits come courtesy of the taxpayers, who lend 20 per cent mortgages to aid first-times through the Help To Buy scheme.

LKP, and Nationwide, estimate that the housebuilders’ monetising practices have blighted at least 100,000 homes, which are now unsellable.

Lenders are refusing to issue mortgages against leasehold properties with toxic ground rents, and questions are being asked of the dodgier income streams in leasehold.

The government initiative comes with Treasury approval and is the work of the political staff.

The full press release of today is here:

Radical new proposals to cut out unfair abuses of leasehold have been announced by the Government today in a major move that will deliver a fairer, more transparent system for homebuyers.

Communities Secretary Sajid Javid has set out plans to ban new build houses being sold as leasehold as well as restricting ground rents to as low as zero. This can often expose homebuyers to unreasonable and long-term financial abuse.

Leasehold generally applies to flats with shared spaces, but developers – particularly in the North West – have been increasingly selling houses on these terms.

“It’s clear that far too many new houses are being built and sold as leaseholds, exploiting home buyers with unfair agreements and spiralling ground rents. Enough is enough. These practices are unjust, unnecessary and need to stop.

“Our proposed changes will help make sure leasehold works in the best interests of homebuyers now and in the future.”

Other measures, which are now subject to an 8-week consultation, include:

setting ground rents to zero levels – in recent years these have increased significantly, in some cases doubling every ten years;

closing legal loopholes to protect consumers – such as leaving some leaseholders vulnerable to possession orders;

and changing the rules on Help to Buy Equity loans so that the scheme can only be used to support new build houses on acceptable terms.

The terms of some leases are becoming increasingly onerous to those purchasing leasehold flat or house, who often find they need to pay thousands of pounds to their freeholder to make simple changes to their homes. Recent cases include:

a homeowner being charged £1,500 by the company to make a small alteration to their home;

a family house that is now unsaleable because the ground rent is expected to hit £10,000 a year by 2060;

Ground rents are charged on all residential leasehold properties, but evidence shows that they are becoming increasingly expensive.

Under government plans they could be reduced so that they relate to real costs incurred, and are fair and transparent to the consumer.

The proposed prohibiting of future houses being sold as leasehold will apply to all houses apart from a few exceptional circumstances where leasehold is still needed – such as houses that have shared services or built on land with specific restrictions.

The consultation will last for 8 weeks from Tuesday 25 July 2017.

These proposals relate to England only.

DCLG statistics estimate there were 4 million residential leasehold dwellings in England in the private sector in 2014/15 and of these 1.2 million were leasehold houses.

Englishman’s home isn’t a castle: it’s a revenue stream for an offshore company thanks to national housebuilders, Justin Madders tells the Commons
Next Post: One article among many yesterday … from LKP