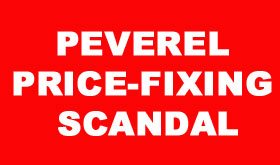 The ARHM Audit and Regulation Committee has been working with Peverel to review the outcome of the OFT investigation into collusive tendering in relation to the supply and installation of certain access and alarm systems to retirement properties.

The ARHM and Peverel have agreed not to revisit the detail of the investigation as both parties agree with the findings of the OFT. Those finding were against Cirrus Communication Systems Ltd, which is a Peverel Group company. Therefore, the OFT determination was not made in respect of Peverel Retirement (also part of the Peverel Group) however, despite this fact, we felt it incumbent upon the ARHM to investigate whether a breach of our principles or the Code of Practice have occurred.

Peverel Retirement relied upon an associated company (Cirrus) to undertake the procurement of access and alarm systems and, in doing so, passed-on the responsibility for ensuring that contracts were competitively tendered and represented good value for money. It is because of the relationship between Cirrus and Peverel Retirement and the way in which they operated hand-in-hand, that the ARHM felt there was a need to investigate. We did not feel it appropriate to take the view that the offending party is not a member of the ARHM.

The ARHM focussed its investigation on two key areas:

1. Having accepted the outcome of the OFT investigation, the ARHM sought assurance that a repeat of this failing is unlikely to happen again.

2. Having accepted that the OFT did not make any finding about pricing nor whether or not there was, in fact, any overpayment, the ARHM sought to understand more about the Peverel Retirement goodwill payment of 10% of the value of any resulting contract work.

Likelihood of a Repeat Occurrence

The Peverel Group shared with the ARHM the following documents that set out the principles within their new management structure, which has been in place since 2012:
• Our Code of Business Conduct, which outlines the way the Group operates and supports the promises made in their Customer Charter
• Customer Charter
These documents clearly set out the standards to which the Peverel Group will adhere and are supported by changes to their procurement processes and the induction and on-going training for their staff.

Following a thorough review of procurement processes, which was undertaken by Freshfields Bruckhause Deringer (a leading competition law firm), Peverel now uses independent third parties to manage tenders for all major works since 2012.

Enhanced training on competition law issues and compliance was introduced across the Group and is also a compulsory part of the induction process for new staff. The Peverel Code of Business Conduct backs this up by giving clear guidance to staff to avoid unacceptable business practices.

The Customer Charter outlines the standards for transparency for the way in which the business is run, including the provision of details of any Peverel Group company that provides services.

There is an ongoing requirement within the ARHM Code of Practice to make an independent redress scheme available to leaseholders, which means that the outcome of any breach of the new standards Peverel has set itself can be determined by an independent body. We note that the Peverel complaints process itself is also robust in there being access to mediation services plus the internal complaints panel is chaired by independent lay-member, Tim Fry, who has a background with the National Audit Office as well as being a magistrate.

In summary, both Peverel and the ARHM acknowledge that breachs of the Code of Practice and the principles of membership have occurred. The question is whether the measures taken are sufficient to satisfy the ARHM that a repeat occurrence is unlikely to occur.

On the basis of the changes to the procurement processes, involving independent third parties, along with the raised awareness through training about anti-competitive behaviour, we believe that Peverel has taken robust steps to prevent this happening again.

The publication of clear standards, both internally to staff and externally to customers is a positive step. These standards are backed by a robust complaints process and access to an independent redress scheme.

The ARHM sought to understand more about the steps that Peverel has taken to put right the possibility of overpayment as a result of the collusive tendering practices.

Peverel has made a goodwill payment to each affected scheme at a rate of 10% of the value of the contract awarded. This payment does not affect the individual leaseholder’s legal rights, although that has not been made clear with any communication made by Peverel.

The ARHM does not have the power to require members to pay compensation but a breach of the Code of Practice shall be admissible in evidence for any proceedings taken by those seeking redress. Jurisdiction for reaching such a determination rests with the First Tier Tribunal but making such a claim may be complex and time consuming.

The ARHM’s view as to whether the payment made by Peverel (and the way in which this was offered) may be admissible in evidence for any proceedings taken by those seeking redress but we hope to have influenced the outcome without the need for individual litigation.

Peverel is very clear that they needed to be seen to offer something in acknowledgement that some schemes may have overpaid for major works contracts as a result of collusive tendering between 2005 – 2009. As a gesture of good will, each affected scheme received an offer and then payment into their sinking fund in a sum equivalent to 10% of the contract sum.

Each affected scheme received a Notice from Carol Crowe (Head of Peverel Retirement) and all House Managers were briefed so they could answer any questions arising since they are the first point of contact. A visit by the Area Manager was arranged in the days following the OFT announcement and then the Area Manager included the subject on the agenda for the next scheme meeting.

The ARHM has seen a copy of this Notice and is of the opinion that a communication of this nature would have been better served as an individual letter and the content should have highlighted alternative or additional options available to leaseholders. It should also have been clearer that the individual legal rights of the leaseholders were not affected.

The rationale for the figure of 10% may be open to some debate but Peverel felt a need to be seen to do something quickly that demonstrated that they were sorry for what had happened and were seeking to put things right. The ARHM has been told that most schemes have not raised any significant objections to the sums involved in the good will payment but, despite this, we have to be sure that there is an appropriate route open for redress for those that do object.

The communications given by Peverel to-date do not make clear what those routes might be so the purpose of this statement by the ARHM is to provide this clarification.

Jurisdiction for determining any loss as a result of collusive tendering sits with the First Tier Tribunal (FTT) and one of the principles for anyone wishing to take a case to the FTT is that they should be able to quantify the loss they have incurred. The ARHM is keen that Peverel offers to review any claim for payment in excess of the 10% already paid, to which the same principle must be applied, i.e., the claimant should be able to quantify the loss in excess of 10% already paid.

On this basis, we have agreed with Peverel that it will listen to anyone who feels they have incurred a loss greater than the 10%. This is in keeping with the principles of their new Customer Charter and they will deal with any such claim as part of their complaints process, which has both stages for independent panel review and mediation.

Peverel is keen to stress that they want to make the process as easy as possible and do not want leaseholders to think their only option is to go to the FTT. A complaints panel with an independent Chair; the offer of mediation services; and an independent redress scheme all provide an alternative dispute resolution without removing the right to apply to the FTT.

The role that the ARHM can add is to offer a commitment to investigate the circumstances of any case where a Peverel leaseholder feels their complaint has not been considered in line with this agreement but we must insist that this route has been fully explored before we intervene.

In summary, the ARHM believes that the written communication with its leaseholders could have been better, in particular, highlighting what further options are available and making it clear that the offer does not affect the individual leaseholder’s legal rights.

However, the ARHM accepts that Peverel took steps to try to put matters right with the payment of 10%. Although this was a “one size fits all” approach it may well have satisfied most leaseholder’s expectations but it was let down by the standard of communication, which led leaseholders to infer that the offer was final.

The ARHM is satisfied that Peverel will give reasonable consideration to any claim that the figure of 10% is not sufficient. Any such claim will be open to independent review either by Peverel’s complaints panel, mediation or an independent redress scheme. Failing that, Peverel’s offer does not affect anyone’s legal rights and the FTT remains the body that has the power to award payment of compensation if a settlement cannot be reached by other means.

Cirrus isn’t an ARMA member so we have nothing to say about the price-fixing scandal, says Michelle Banks