Donate
You are here: Home / HomeSlider / Right to manage promoter calls it a day at Quadrangle House 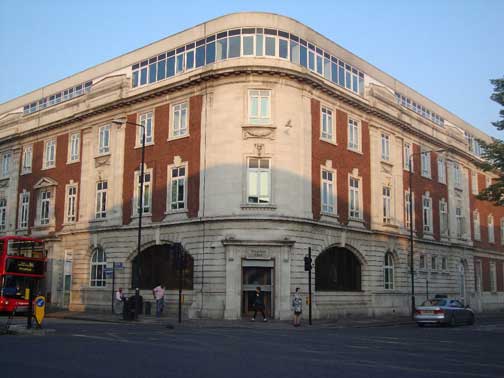 Dudley Joiner, of the Right To Manage Federation and Team Property Management, has resigned the management contract at Quadrangle House in east London citing a “dysfunctional relationship” with the RTM company.

His decision last week ends months of worsening acrimony at the 102-flat site in Stratford, which in 2010 he took to right to manage through the RTMF, which is a commercial organisation not a federation.

Mr Joiner became a director of the Quadrangle House RTM Company and his own property management company Team was appointed to manage the site.

Following the resignation of two resident directors, Mr Joiner ended up as the only director in situ in September last year.

This placed him in the conflicted position of being the sole director of an RTM company employing his own services through Team Property Management. Subsequently, he resigned his directorship earlier this year.

Meanwhile, six new directors were chosen from among the residents. Mr Joiner has now given six-months notice that Team will cease to manage the site.

It is understood that three LKP managing agents have been approached to tender for the management of Quadrangle House: HML Andertons, Premier Property Management and Rynew.

Mr Joiner claims that in February this year service charge arrears stood at £80,000.

Mr Joiner was contacted prior to publication and sent the following:

You have enquired about events at The Quadrangle House. I refer you to information I supplied in response to your earlier article posted on October 22nd 2014. This includes my posted responses and our email correspondence on the subject which commenced on 24th September 2014 and ran until about 6th October.

I will not repeat the history of the RTM or the appointment of Team Property Management as it is adequately covered in the above correspondence and posts. I would ask you to review that information before publishing your further article.

As you noted at the time I was keen to ensure that those that became RTM directors were not in breach of their leases.

A meeting of members took place on 25th November 2014 for the purpose of electing new directors. Due to the failure of members to follow the statutory procedure the meeting was not empowered to make appointments. In order to get additional directors appointed without further delays I exercised my powers as a director and agreed the appointment of all the nominees subject to the caveat that no candidate that was in breach of the lease or in arrears of service charge would be appointed. As a consequence 6 new directors were appointed and the appointment of the remaining nominees was held over due to their non-payment of service charge arrears.

I agreed to continue as a director for an interim period to assist the board with procedural issues. I attended board meetings at The Quadrangle on 21st January and 19th February 2015. On 19th February I informed the board that service charge arrears stood at £80,239. I also highlighted the fact that there were severe maintenance issues, the most critical of which was the failure of the flat roof, which was causing continual water leaks into the building.

One of the directors proposed that he go on to the roof to inspect its condition and instruct a contractor he knew to provide a quote for repairs. It was suggested that this director and the husband of another director were qualified persons to undertake a survey. I explained to the board that I could not sanction anyone going on the roof without insurance and a risk assessment. I further explained that we needed to initiate the statutory s.20 consultation requirements relating to major works, which would take several months and required giving leaseholders the option to nominate contractors. I further stated that Team would like to requisition an independent roof survey along with a specification of works to be used for the consultation and tendering. I was immediately accused by all the directors of putting up ‘roadblocks’, ‘delays’ and ‘push backs’ and having a ‘negative attitude’. (These events are accurately recorded in the minutes)

The directors then suggested that in order to raise funds for the repairs Team should cut out ‘inessential costs’. It was proposed that Team cease certain services, including the MET Car Parking, gardening of the common parts and window cleaning. I did not agree with this suggestion and explained that Team and the RTM Company were contractually required to supply these services under the leases.

In view of these disagreements and the general attitude of directors I decided to resign as a director of the RTM Company, which I did on 17th March 2105. I was invited to attend some subsequent board meetings, which I did as a representative of Team Property Management. These meetings became more and more acrimonious. I subsequently advised the board that whereas I would happily attend review meetings I would not attend future board meetings.

The directors persisted in unreasonable demands resulting in frequent arguments. These arguments included changes to the concierge services, the request to provide a business centre, the need for a building survey, the handling of noise complaints, the frequency and scope of accounts information and the confidentiality of directors meetings. Team office staff were being subjected to rudeness on the telephone. Unrealistic demands were also being placed on the concierge by individual directors.

The arguments also resulted in disagreements among the directors themselves. During the course of 2015 the chair of the board and two other directors resigned. The remaining directors have recently appointed two new directors. None of the directors have been democratically appointed by members. No Annual General Meeting has been held. In my opinion the current board of directors is dysfunctional and dominated by one or two individuals with private agendas. I came to the view that despite our best endeavours, we were unlikely to satisfy the directors expectations. In addition the Quadrangle has some difficult financial issues and maintenance challenges that in my opinion are now better addressed by a London based management company.

On 1st December 2015 Team gave 6 months notice of the termination of its management agreement with the Quadrangle RTM Company, as required by that agreement. In the interim I have offered to cooperate fully with the company in the appointment of a new managing agent.

I trust this will allow you to present a balanced report on the sad sequence of events at the Quadrangle. I am disappointed we have not been able to achieve our goals since RTM and wish the RTM company good luck and success in meeting the various challenges ahead.

Quadrangle House residents seek to regain control of their RTM

Leasehold flood risks and how to make 4.1 million homes disappear …
Next Post: Baroness Gardner raises RTM in the Lords