Donate
You are here: Home / News / We are being ripped off by private estate charges by developers and property predators just like leaseholders, says HORnet 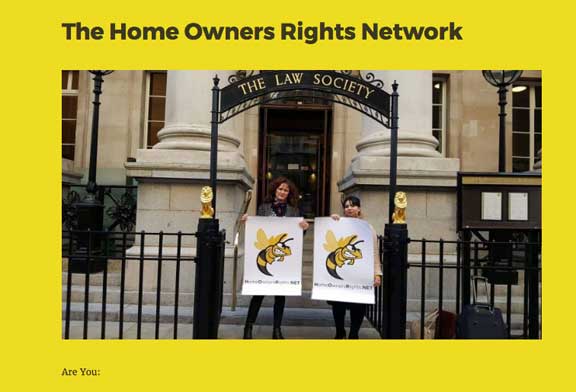 Thousands of homeowners on new build estates are facing escalating management charges for unadopted roads and patches of ground.

Speculators are hoovering up these assets for the lucrative income streams, enforced through covenants on freehold houses and lease terms in leasehold properties.

A campaign group called the HomeOwners’ Rights Network is asking the All Party Parliamentary Group on leasehold and commonhold reform, of which LKP is the secretariat, to consider these issues.

They have been highlighted by many homeowners in the National Leasehold Campaign Facebook group, which predominantly represents leasehold house owners in the North West.

Even when homeowners buy their freeholds they are faced with an array or charges and consent fees that developers have sneaked into their leases or deeds.

It would seem that at every opportunity where developers have power over homeowners they seek to abuse it by monetising practices.

The HORnet group has more than 2,000 members.

LKP has asked for specific information of sites: who owns it; what the charges are; what are they for; when were they introduced; what reason did the council give for not adopting the common areas.

Here is HORnet’s submission to the APPG:

For: APPG on Leasehold and Commonhold Reform

Homeowners on new build estates are bound to pay through a charge on their property for the maintenance of privately owned land designated as public open space on their development.

This is in addition to full council tax.

They have no choice of service provider, which is accountable to the landowner and usually the same organisation, the developer or a land owning management company.

They have no right to manage.

They have no consumer rights or alternative dispute resolution.

They are not fully informed when signing their deeds.

There is no cap on these service charges. The proportion of charge spent on delivering actual maintenance work is usually less than half the total cost to the homeowner.

There is no quality control on development or maintenance of the estates. Councils are unable to monitor and enforce standards agreed under section 106.

Once the houses are all sold, the charges usually rise and the standard of maintenance falls.

Unadopted estate land is either retained by the developers or sold on to land owning management companies.

Background:
For the past 10 years, during which time 1.3 million new homes have been built (Government statistics), the public open spaces on residential developments required by planning regulations have not been handed over to councils for adoption.

Instead the developers have created an estate rent charge under the Law of Property Act 1925. This forces payment of
unfair and unreasonable service charges on the unsuspecting home owners who don’t realise immediately that the charge is on their property or that a lease can be taken out on it in the event of non payment (for any reason).

Incomplete and poor legal advice has contributed to this problem, just as with the leasehold scandal [concerning leasehold houses and onerous ground rent clauses].

The rent charge (land) owner forms a management company which is responsible to them and not the home owner who pays the charges. This means the company can be run without
regard to obtaining value for money, and the home owners have no redress.

Should home owners challenge the company in court, win or loose, the company can charge back its legal costs to residents.

This group of home owners does not have any special legal status, although it cannot be said they are either leaseholders or freeholders by the usual definitions – hence the term
“fleecehold”.

The result is that they are not recognised and therefore have not been given any regulatory or legal protection. There is no reduction in council tax, so they end up paying two bills.

The people affected are often in the “middle income poverty trap” – they are working flat out to just scrape along and could do without an extra bill that can and does spiral upwards, especially after the last house is built.

The bigger picture involves retention of land by investors (similar to leasehold) together with the back door privatisation of green open space and land banking.

Developers can and do submit plans to build more houses on the open space than originally agreed with the local
authority – something which is not possible if the land is handed over for adoption.

Freehold houses with a rent charge can have a statutory lease taken out on them under the Law of Property Act thus dispossessing the home owner.

A new asset class consisting of private estates has been created.

We believe that the growth of leasehold tenure on these
estates has been implemented partly to protect this new asset.

Whilst we accept that large commercial house builders are in a position to deliver the numbers of new homes required, government needs to be much more aware that shareholder value is their main concern and create an environment where exploitation of homeowners and taxpayers (through Help to Buy) is not possible.

Feudal land laws together with weak negotiation and enforcement by planners have contributed to new homes that are of poor build quality and have onerous charges placed upon them.

In addition to poor home build quality (identified by the APPG for Excellence in the Built Environment 2016) there are now many estates with unadopted roads and poor landscaping
as the estate itself is not developed or maintained to adoption standards.

This is a potential cause of blight in years to come.

A land owning management company can sell off parcels of land for small scale development years after the estate is completed.

There is an example of this in Scotland where the play park has been sold and the purchaser has applied for permission to build two houses.

There are very real practical problems with privately owned public open space that have not been addressed, for instance enforcement of Dog Fouling penalties, road safety and
traffic enforcement, public order and fly tipping.

HorNet – NO to fleecehold!

Are You: A freeholder or leaseholder living on a private estate? Stuck with a service charge you cannot influence? Being bullied or harassed if you with hold payment for poor service or high charges? As angry as a hornet? You ARE one of us, so join our campaign to get a fair deal.

1) Compulsory adoption of all new estates, retrospective adoption for established ones. This solution has the advantage of putting public access land back into public ownership and creating fairness for all estate homeowners regardless of when their estate was built. New build estates provide new areas of public amenity space. Local councils could explore novel ways of funding maintenance with their communities, just as they are doing over public parks e.g. Community Trusts.

2) Legislate for a commonhold model proven to work elsewhere in the world to include estate land, especially for truly private gated communities that have no public access.

Common hold has the huge advantage that management services would be commissioned by the homeowners creating direct accountability for quality and value for money.

Lack of direct accountability and competition in this market has
lead to abuse and poor quality – something which we believe will be exposed by the Grenfell Tower enquiry.

The concerns currently being looked at by the government
over managing agents would largely be addressed by market forces, so the need for regulation diminished.

Brexit presents an opportunity to bring property law in England and Wales into the 21st century, modernising it in line with the rest of the world.

3) Whether estates are adopted, transferred to the homeowners in common or remain in private hands, developers must be required to finish estate land and facilities to adoption standards. Council planning and enforcement would need to be strengthened and supported.

4) Regulation of the status quo: Recognise in the law this group of homeowners as distinct from “normal”
freeholders and leaseholders and give them at least a cheap alternative dispute resolution process like the Home Owners Housing Panel in Scotland, or at best full consumer rights.

Limit the amount of costs which can be recovered through the service charge in the event of a legal challenge by the home owner(s).

Bring into being the “land obligation” suggested by the Law Commission in the place of rent charges.

Regulate land owning management companies, as in Scotland through the Factoring Act. This alone does not however address the issue of monopoly provision – there would also need something equivalent to leaseholders rights to
purchase their freehold.

The link between owning the land and managing it needs to be broken for choice and competition to be enabled in this market.

Implement the recommendations of the APPG On Quality in the Built Environment to include estate management.

These include a mandatory Consumer Code, standardised sale documents and a New Homes Ombudsman. Estate land and facilities to be constructed to an agreed standard which is
independently audited prior to hand over to the management company.

HorNet (homeownersrights.net) is a network of home owners on private estates with over 2,000 members from all over the UK.

We have a voluntary register of estates and members
have contributed details of 180 developments so far, representing over 30,000 households both leasehold and freehold.

We are in a good position to provide evidence of the adverse effects of the implementation of this model on estates and homeowners.