Donate
You are here: Home / Latest News / Serious Farce Office messes up again, with £6m so far to Vincent 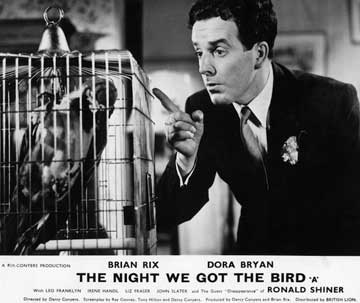 Nearly three and a half years after the Tchenguiz brothers were arrested on March 9 2011, the farcical case at last comes to an end.
Vincent gets a groveling apology plus a £3 million bung from the Serious Fraud Office – or the Serious Farce Office – which also has to pay an initial £3 million for Vincent’s legal costs with more to be negotiated.
Throughout the case, some of you will have followed the sheer ineptitude of the SFO with wonder.

Accountants Grant Thornton, acting as receiver for the Icelandic Kaupthing bank, had taken control of some of assets which fell under the control of the Tchenguiz Family. It provided information to the SFO, which then believed a fraud had been committed.

What has never been explained is that somehow while working with the SFO, Grant Thornton felt it appropriate to reach a deal with Vincent to sell him back some of the freehold assets they were holding.

It is quite possible – even likely – that some of these were the assets that had been claimed to be part of the alleged fraud.

Eventually the SFO case collapsed and the SFO accepted it was inept. The new head, David Green, made the decision to close the case.

The brothers applied for judicial review and successfully demonstrated that they had been arrested on incorrect evidence.

Over three days in May 2012, the legal peacocks Lords Goldsmith (former Blairite Attorney General), acting for Vincent, and McDonald (former Director of Public Prosecutions), acting for Robert, preened themselves in court.

They were assisted by legal birds of less colourful plumage: assorted crows and magpies.

The Serious Farce Office arrived with a modest legal team assembled at the last minute.

The peacocks made their dance and took the judges to the “Pennyrock” loan to show there was no fraud.

So clean was that particular loan that there were no less than six places in the document that demonstrated that nothing untoward was lurking.

At times, even the judges struggled under the volume of documentation. The SFO barristers looked flustered, dashing from bundle A to F to J under Lord Goldsmith’s onslaught.

At one point, the City of London Police with an even smaller legal bird cheeped, in effect: “My Lords, my client was only acting as the plod told to follow orders from the SFO and arrest these two gentlemen of fine character.”

Meanwhile, sitting in the stalls some of the Serious Farce Office staff found it difficult to follow the trial as they spent too much time visiting the toilet hoping not to be called to account for not knowing their credits from their debits, or their elbow from other parts of their anatomy.

Some press were there, well briefed journalists from the Financial Times somehow seemed to be able to interpret the Tchenguiz bothers’ every thought. Quite why the FT journalists have been such assiduous reporters of the Tchenguiz’s travails at the hands of the authorities is unknown.

Other strange people sat in the court, some looking like ex-plod noting who was there on behalf of the SFO. As well as his QCs, Vincent deployed other technical experts to make sure they understood the numbers – and, of course, his long standing and now departed PR fixer.

The SFO was shown to have acted wrongly and Vincent was awarded cost of £3 million.

Then the Tchenguiz brothers went to town in seeking £300 million compo from taxpayers for their trauma and distress.

[mc4wp_form]So the SFO then found some more money from the Treasury to prepare for this hearing. They did not quite tell the truth when things came before parliament they said it was for various projects … oh, and the Tchenguiz case.

The case was to have taken place in October, but the SFO decided to sell out, at least to Vincent.

Vincent has settled for £3 million – or one per cent of what the bothers were claiming off taxpayers.

The SFO – to date – is defending the action from Robert. It is an open question whether the SFO will settle with him, too.

Those responsible for the SFO debacle have gone, having awarded themselves pay-offs that were so large Parliament got upset. Of course, we did not get any money back.

One is now teaching the rest of the world how to stop fraud.

What next for the SFO?

It is going to stick to nice, easy cases – like minor City transgressors who have upset their employers.

As for serious fraud, forget it.

Tchenguiz: is this the end?

Tweets by @LKPleasehold
Previous Post: « Why does Peverel own these flats?
Next Post: Guy Fetherstonhaugh QC considers commonhold after LKP Westminster meeting