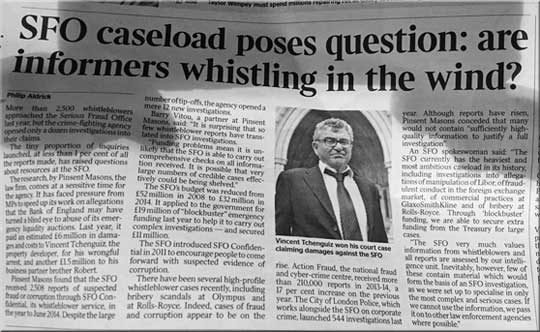 Bad news for LKP, our MP patrons, and anyone else who cares about the Sisyphean labour of trying to encourage integrity and honesty in our corporate governance.

The law firm Pinsent Masons has found that 2,500 whistleblowers approached the Serious Fraud Office, but that only resulted in a dozen investigations, the Times reports today.

No great surprise, LKP feels, having some experience of the cowardliness and tokenism of so many of our (well remunerated) officials.

A picture of Vincent Tchenguiz yet again adorns the media report into the SFO’s failings, but this is not quite fair.

It would have been far better to have illustrated it with the SFO officials who were responsible for wrongly arresting him and then paying themselves off with ludicrously generous redundancy cheques. 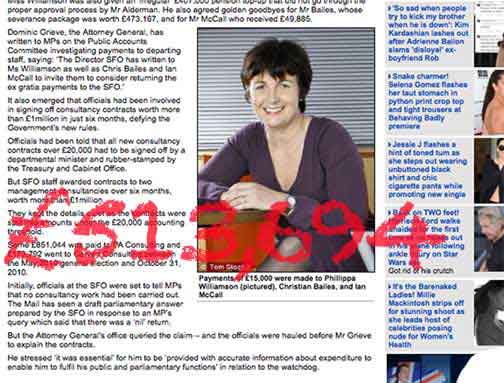 Lest we forget who they were, they are worth recalling again: Phillippa Williamson, Christian Bailes and Richard Alderman.

LKP reported the “Three SFO incompetents who also cleaned up over Tchenguiz – with bumper pay-offs!” here

Phillippa Williamson was paid off to the tune of £513,694 in April 2012, just a month before the judicial review into the Tchenguiz case began.

This staggering sum was after only four years work, and she was paid £120,000 a year – with two days a week spent working from home in the Lake District.

Another pay-out of £487,585 was paid to chief operating officer Christian Bailes, to the fury of the Commons Parliamentary Accounts Committee. 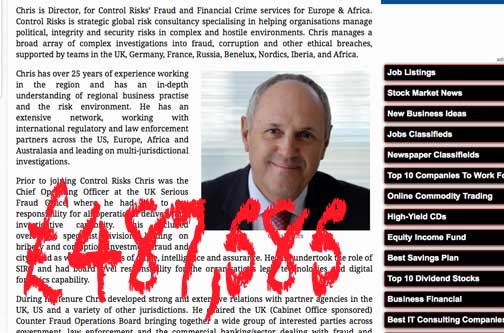 These pay-outs were approved by the then director Richard Alderman, who quit the SFO just before the Tchenguiz debacle collapsed.

The Public Accounts Committee found that Mr Alderman’s actions and decisions took place amid a culture where external advice and scrutiny was “to be avoided wherever possible” and with an “apparent need for secrecy”.

It said: “This catalogue of errors amounts to a case study in how not to run a public body…”

It would be reassuring to those of us who want to have faith in our public institutions if this graft and incompetence were a one-off.

Leaseholders who followed the OFT’s disgracefully protracted and inept collusive tendering investigation will not be altogether surprised.

Serious Farce Office messes up again, with £6m so far to Vincent

Right to manage in chaos after Court of Appeal decision
Next Post: ARMA ends four-month farce after finally saying who its members are …