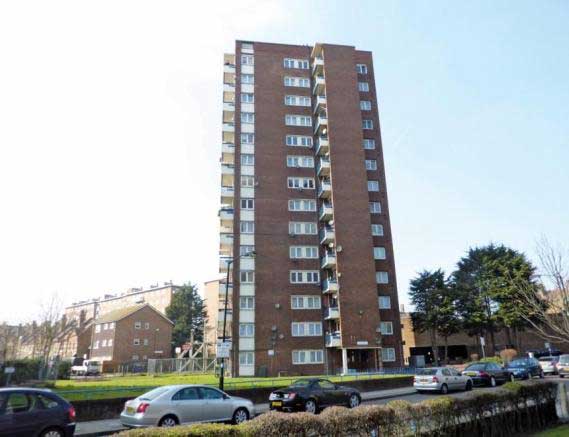 Leaseholders have been told to hand over between £38,000 to £50,000 for a council major works scheme in Southwark

But if the work at the Portland Estate involves central government funds through the Decent Homes standard scheme, then there bills may be capped at £15,000.

That was the limit brought in under Florrie’s Law by former Communities Secretary Eric Pickles to prevent right-to-buyers being wiped out with their first major works bill.

At present, the council does not know, so that means the leaseholders – who appear to be young Londoners trying to get on the housing ladder – must pay up the full amount.

“This contract is solely capital funded by the Southwark Council’s housing revenue account (HRA), no specific grant money has been received for this package of works.

“Please note that The Social Landlords Mandatory Reduction of Service Charges (England) Directions 2014 came into force on the 12th August 2014 which will apply to major works funded by relevant grants after this date.

“I can confirm that the council has received government funding towards meeting the Decent Homes standard,

“However, the funding has not yet been allocated against individual contracts and therefore it is currently not possible to identify those contracts where a cap on service charges is applicable.

“Should Decent Homes backlog funding be allocated against this contract the cap will be applied to charges at final account. I would emphasize that the recent bid for backlog funding was made on the basis of the tenanted stock – and was designed to bring as many properties as possible into decency. This means that the base assumptions used for the bid were for a large number of low value works and internal works to tenanted properties.”

Rachel Brown says: “I find it difficult to comprehend that these works are going ahead in a few weeks time, yet the budget has not been worked out / fully allocated.

“I also believe it is completely unreasonable to expect leaseholders to wait until final account to know whether or not the £15,000 cap will apply – surely this is the first thing we should be told.

“Additionally, it seems that the council has a certain amount of flexibility in whether or not to allocate the central funds to this work, which obviously means that if they can get away with not doing so, they will, therefore meaning the cap will not apply.”

Five leaseholders have now written to local Labour MP Harriet Harman demanding her intervention. It is very likely that some of the leaseholders will be wiped out because of the major works demand and lose their homes.

Harriet Harman has experience of the issues as she was contacted by Southwark council leaseholder Farieda Chandoo ¬ George Osborne’s former nanny – who now owes around £110,000 to Southwark after a disastrous court action

The Portland Estate consists of four high-rise buildings, each of which contain 54 flats. They are Studland, Broadmayne, Lulworth and Woodsford, on Portland Street (SE17 2TW).

There are 54 blocks of flats in each, and a total of 27 private leaseholders split between the 4 (10 in Broadmayne, 5 in Studland, 5 in Lulworth, and 7 in Woodsford).

LKP is DELUGED by leaseholders caught out in local authority major works schemes …
Next Post: Realities of leasehold spelled out during the Housing Bill