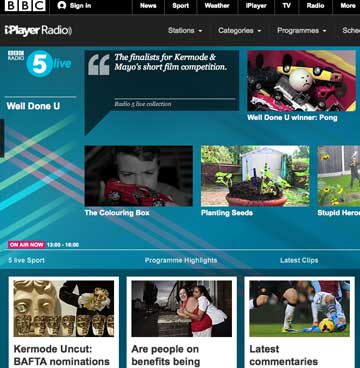 Well, unfortunately Eric Pickles, the Communities Secretary, had problems with his phone link, so fewer leasehold points were addressed than was hoped.

Nonetheless, it was an excellent piece of live radio that covered a number of important points in local authority leasehold.

First, the programme reported the case of Florence Bourne, 93, the Newham, north London leaseholder, who died tormented by the thought that she would have to pay thousands for the major works at her block. This was reported on LKP here

Reporter Phillip Kemp interviewed the Bourne family, who feel very strongly on this matter, especially as an LVT decided that Newham profligately spent out on a new roof that was not necessary.

Kemp also interviewed Farieda Chandoo, 60, the Southwark owner of a leasehold property, who now faces a total bill of £100,000 concerning the refurbishment of Kirwyn Way in Camberwell, south London. Presenter Adrian Goldberg then brought in Pickles and me to comment.

One point I did manage to get across was to scorn Southwark’s council’s cowardly refusal to discuss the case citing “legal reasons”: none exist as the issues involving Farieda’s a case are all resolved.

Pickles is considering a policy to introduce a cap on leaseholders’ contribution to council major works of £15,000 in London (and £10,000 elsewhere). But this would only be valid for five years, and in projects involving central government funds.

I pointed out that this would not have been of much help to Farieda, who has owned her property for 17 years.

There is also the question of whether this is a good use of government money – it runs the risk of subsidising local authority leasehold buy-to-let investors, for example.

More broadly, one also has to question whether selling council accommodation – a hugely popular policy in the different universe that was the 1980s – should be a priority, given the magnitude of the housing crisis facing Britain’s hugely increasing population.

It is obviously a disgrace and failure if Florence Bourne died, as her family claim, overwhelmed by the bills from Newham council.

Many former council tenants, who have become leaseholders under the right to buy scheme have spent more on the council’s improvements than they did to purchase the property.

Strong, divergent opinions emerged from callers to the programme. Some felt council leaseholders should pay up, leave their council tenant mind-set behind and get a grip on the real world.

Of course, this is not the case with Farieda Chandoo, who has never been a council tenant. She bought her flat, after having had a survey, from the tenant who had originally exercised right to buy.

The bleak fact is that if you buy a local authority flat you have a council making these decisions – and hands up those who really would entrust a council to get the best price for a new roof or ensure that the works are carried out correctly.

This was Farieda’s dilemma. She had an eye-watering bill of £40,000, and she says she got almost no benefit whatsoever. Nor could she see that the block was enhanced.

She did get double-glazing but as the central heating is on all day in the block, she has to keep windows open even in January. As she is at work during the week, she does not benefit from this either.

Some Southwark leaseholders have been in touch with LKP and harbour deep suspicions of the council.

Southwark is considering buying back flats from leaseholders who cannot contribute to major works. This may not be such a bad idea, although it is a step backwards from the 1980s Conservative idea of a property owning democracy.

The Southwark leaseholders suspect the council will set the price low and come up with major works schemes to grind them down.

This may be slightly paranoid, on the other hand one is aware of councils dreaming up all sorts of monetizing ideas to bring in revenues.

Far too many of them bleat about government cuts, but have done nothing about their own quite staggering salaries and waste.

Speaking personally, as a London council taxpayer, I seek to have as little as possible to do with my local council. And even trivial dealings with it – over parking or refuse – have been time-consuming and frustrating, at best.

The thought of the council making important decisions over major works schemes would make me lose sleep.

LKP has recently been contacted by an untypical local authority leaseholder – a commercial chartered surveyor who has purchased a flat in Haringay for his sons.

He presents evidence that Haringay charges a 29.95 per cent surcharge to leasehold owners on all works.

He has now urged the Office of Fair Trading to take on local authority leasehold, which is specifically excluded, in the forthcoming investigation into leasehold management.

Following the broadcast, LKP is to suggest a meeting with Eric Pickles to discuss these and issues concerning private leasehold, where there is consensus that reforms are required.

Fortuitously, Chris Grayling, the Justice Minister, was also at the BBC this morning, and we managed to discuss the forthcoming Campaign against retirement leasehold exploitation meeting next Saturday in his Epsom constituency.

Also, we discussed the publication of his statement regarding Benjamin Mire, the chartered surveyor who resigned his judicial appointment on the property tribunal before he could be sacked.

Somehow I suspect the media are going to be kept quite busy reporting leasehold and its myriad scandals this year.