Donate
You are here: Home / News / Zthank ‘eavan, Paul Chevalier has been given the push from Zenith Building, Leicester 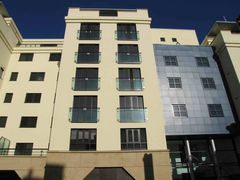 Triumph of British judicial procedure: Leaseholders at Zenith Building, Leicester, were tied up in knots with legal delays for two-and-a-half years before exercising right to manage.

An epic right to manage battle, begun in July 2009, involving some of the most controversial figures in property management finally comes to a conclusion this week.

The Zenith Building, a smart block of flats in the centre if Leicester, went out of the frying pan and into the fire after its landlord, City and Thames, sold the freehold to Sinclair Gardens Investments (Kensington) Ltd – which is generously mentioned on the Internet.

“People think right-to-manage is the solution to all their problems, but with freeholders who fight every step of the way, the amount of time it takes to finally take control of the place where you live is beyond belief,” says Susan Hunt, of HunterGrey managing agents who fought the RTM action.

Hunt got involved in the Zenith Building after Sheel Dhir, 33, a friend who has a flat there, called her in as felt she was being overcharged by the then landlord City and Thames (Leicester) Ltd.

“What leaseholders want is consultation over expenses, transparency in their dealings and disclosure of all relevant information, including expenditure,” says Hunt. “And they weren’t getting it.”

Zenith, has 58 residential units and two commercial ones, but around 120 leases, as there are separate ones for the ground-floor car parks.

Two extra parking spaces seem to have been created and sold elsewhere.

The Landlord, who is based in London, was served a section 82 notice but failed to respond and had to be prodded with notice of default to offer up the details of the leases. He dropped the bombshell that he was selling the freehold for £375,000.

This price was way beyond the means of the leaseholders, and, in fact, he sold the freehold to another company, Sinclair Gardens Investments, for £375,912.

Sinclair Gardens Investments may not have been aware of the RTM underway, as its modus operandi are all too familiar:  move in its managing agents Hurst, which then employs its own insurnace broker Princess Insurance Agencies.

Arm-twisting comes in the form of a firm of solicitors called Chevalier and Co, headed by Paul Chevalier, who also figures strongly in a Google search.

The landlord, managing agent and insurance broker are based at the same address in Bognor Regis, which is hardly the ideal place to manage an apartment block in Leicester.

They resisted the RTM at every possible stage as can be seen in the chronology below.

“They made the original landlord seem like a saint,” says Susan Hunt, who acts as company secretary for the RTM company.

“It does not bear thinking about how much time this has taken us. It is horrific. Fortunately, LVTs are quite sympathetic to lay people taking control of the place where they live.”

For the residents of Zenith Building it will hopefully be worthwhile.

Sheel Dhir says the epic struggle would never have succeeded with an ordinary solicitor.

“Susan was prepared to put the time into this and she was fanatastic,” she says. “There were times when I felt completely bullied by these people. It got so bad I actually moved out of my flat.

“It is so ironic. I am actually a property developer, but I got stuffed at my home in the Zenith Building.

“I have never behaved anything like this in my dealings as a property developer. You build flats and you sell them, you don’t sneak around squeezing the residents for more money by passing on the freehold to sharks.”

In its first year of management, Susan Hunt – who, like so many of the best managing agents got into this line of work by accident – is having to lay heavy charges as there is no reserve fund. But its estimate of £58,000 for 2012 is still a bargain compared with Sinclair Gardens/Hursts estimate of £92,000.

“The Leasehold and Commonhold Act 2002, introduced by the Labour Government, should have resolved these problems. It had the chance then to stop leasehold being sold to flat owners, in its present form, and to insist that everything newly built should be commonhold or that the Block Freehold should always we transferred to the Leasehold Owners without charge’.

Footnote: Dr Ian Twinn, former Tory MP for Edmonton, referred to Mr
Chevalier in these terms in the House of Commons on March 8 1996:

“Paul Chevalier and Linda Malthouse deserve to have their names mentioned as much as possible, especially under the cover of parliamentary privilege in connection with their disgraceful activities. They have threatened and abused leaseholders and extorted money in the most disgraceful way. It should make us ashamed that our law allows people to behave in that way. They have used bullying tactics and threatened the full force of the law to try to seize properties when small parts of bills have not been paid, and have tried to load up mortgages behind home owners.”

6.02.12 Susan Hunt, of HunterGrey, adds this message re the epic strggle for RTM at Zenith Building, Leceister:

You may be interested to note that we have received a letter today (16.02.12 ) from Hurst Management charging the following to the service charges for termination of their management:

This abuse of leaseholders is absolutely disgusting.