Donate
You are here: Home / Latest News / Government action on leasehold scandal has been ‘too weak and too slow’, says John Healey

… And demands inquiry into mis-selling of leasehold homes 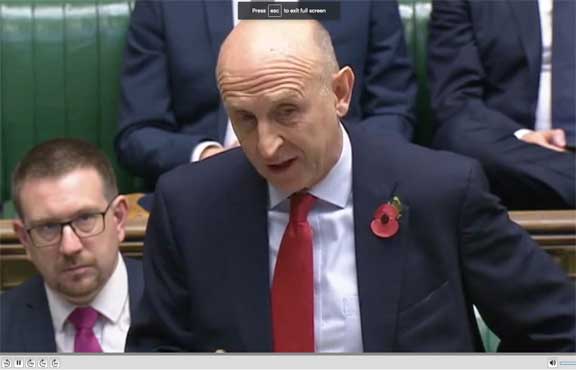 He told the Commons that government action had been:

“too weak and too slow and, critically, largely overlooks the plight of existing leaseholders. An industry survey shows that six in 10 leaseholders did not even know what being a leaseholder meant until after they had bought, and that nine in 10 regret having bought a leasehold at all.

“Those are classic signs of mis-selling—it is a national scandal. I will give the Secretary of State another chance: when will he stand up for leaseholders and launch an inquiry into mis-selling?”

“Nobody is ignoring the issue. That is not only why we are legislating to address the inappropriate use of leasehold for new homes, but why I have underlined today the requests that I have made of the Solicitors Regulation Authority and the Competition and Markets Authority. We recognise that there are serious issues, which is why we are taking action. We want to ensure that leaseholders’ concerns are heard and fully understood, and that redress can be provided.

Mr Healey had told the House: “Many of us have constituents who bought their home but then found that they do not own it and feel ripped off by unfair leasehold contracts.

“When we hear, repeatedly, that leasehold buyers did not choose their own solicitor, were wrongly told that they could buy their freehold cheaply at any time, or found out later that they had to ask and pay freeholders for permission to own a pet, change their carpets or build a conservatory, the individual cases add up to something bigger.

“The Government must act, just as with other mis-selling scandals, such as on pensions, mortgages or payment protection insurance.”

‘Uncharitable’ Mary Magdalene and Holy Jesus Trust and the issue of lease extensions
Next Post: ARMA pleads to be on Lord Best’s regulatory working group. It should be. And so should LKP …