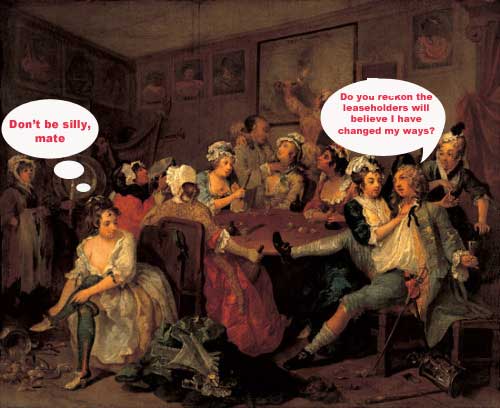 The government and panicky leasehold monetisers have cobbled together a sort of “code of practice” or good behaviour pledge – mainly in response to the Communities Select Committee’s thoroughly researched assault on leasehold practices published earlier this month.

Forty developers and freeholders have pledged to free the 12,000 leaseholders trapped in doubling ground rents by … er … varying their leases to lease-term RPI.

This is what some house builders – Taylor Wimpey (£130 million set aside, remember?) and Countryside Properties plc – have been doing since 2017.

And some ground rent speculators have been happy to oblige: RPI linked ground rents throughout the lease term is a rather more remunerative prospect than doubling ground rents in the first 50 years only.

We reckon there are around 12,000 new leases with doubling ground rents, and another 88,000 where the ground rents are above 0.1% and unmortgagable.

The MHCLG press release does not have anything to say about that.

More than 40 property developers and freeholders have signed a government-backed pledge to help homeowners stuck with “toxic leases” that make properties almost impossible to sell.The signatories have committed to change the terms of leases for those with onerous “doubling clauses” in which ground r

But developers and freeholders have pledged to act fairly, having previously told the Communities Select Committee that everything in leasehold smelled of roses and leaseholders were exaggerating the problems.

“This pledge is a crucial first step towards positive change in the residential leasehold market and it reflects our commitment to eliminating bad practice from the market.”

With stuff about transparency also making an appearance … just what is transparent about Long Harbour’s £1.4 billion of freeholds being owned by companies where the beneficial ownership is hidden behind nominee directors and often based offshore?

The government press release also references high legal costs in the property tribunal, which it would like to stop.

With even the otherwise estimable Wellcome Trust running up £114,000 in legal fees to get back £6,000 off a troublesome leaseholder, it seems that even the most saintly freeholder cannot resist using the powers open to them in leasehold law.

And what is one to make of this incoherent statement on retirement event fees:

“… families will be better protected across the retirement sector from unfair fees – sometimes called ‘event fees’ – charged in some leasehold retirement properties, where owners are required to pay extra charges when they become ill or die.”

The right at the bottom of the statement the government says it will accept the Law Commission report on event fees.

Of which, we were critical:

Law Commission: you will create an investment asset class, not protections for pensioners – Better Retirement Housing

Martin Boyd replies to Stephen Lewis, of the Law Commission, on his report into retirement housing event fees We are a tiny charity that you kindly credit as being one of the key drivers in initiating your work with event fee project. Unlike others we were not part of your advisory panel, but we have …

It appears the National Leasehold Campaign did not warm to the pledge announcement either: 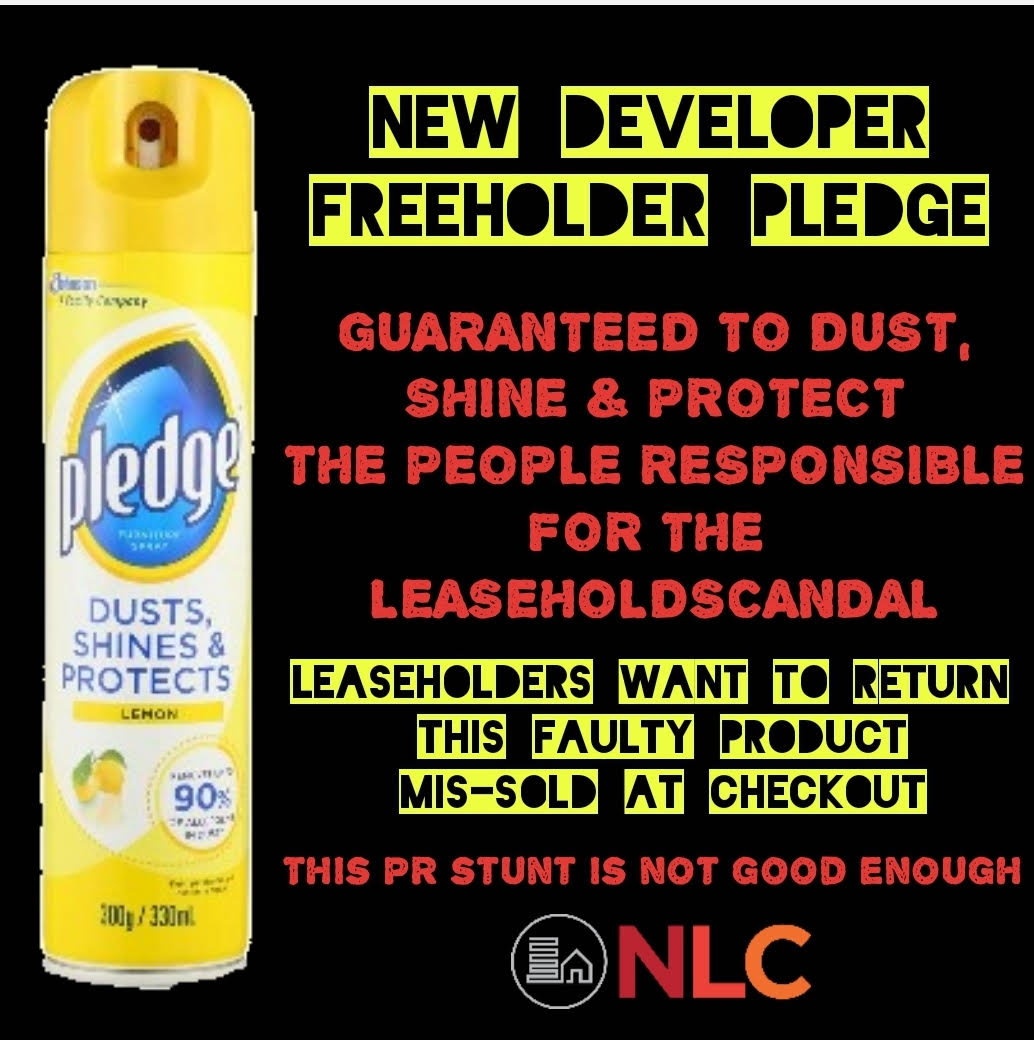 A new industry pledge to stop leaseholders being trapped in unfair and costly deals has been unveiled by the Communities Secretary, Rt Hon James Brokenshire MP, today (28 March).

More than forty leading property developers and freeholders, including big names such as Taylor Wimpey and Barratt Homes – have already signed the government-backed pledge, which commits them to doing away with onerous ‘doubling clauses’ that can result in ground rents soaring exponentially over a short period of time.

The freeholders who have signed have committed to changing the terms of leases for those who are affected. Other industry bodies such as managing agents have also put their names down, vowing to act fairly and transparently in their dealings with leaseholders.

Ministers have also today announced plans to close the legal loopholes that force leaseholders to pay unjustified when they take their freeholders to court over pernicious service charges. This includes consultation with industry on whether these changes should apply to existing leases too.

Under current rules, leaseholders who wish to take their landlords to court to challenge exorbitant fees or unfair hikes in annual charges also run the risk of being forced to pay their landlord’s legal fees. This applies even if the court rules in their favour – hitting some tenants with bills of tens of thousands of pounds.

Scrapping this loophole will reset the relationship between freeholders and leaseholders – stopping tenants being unfairly burdened with legal fees and ensuring they can access justice.

“Since becoming Communities Secretary, I have repeatedly made clear my ambition to end those exploitative and unfair leasehold arrangements that have no place in a modern housing market.

“The new industry pledge – signed by leading freeholders and property developers – will further support existing and future leaseholders by protecting them from onerous fees. It’s great news that leading names such as Taylor Wimpey and Barratt Developments have already signed up to the pledge, and I want to see others who have not yet signed up do the right thing.”

“We want to make sure we have a leasehold system where people are able to challenge exorbitant rates and high service charges. It is unacceptable that the burden of legal fees – potentially running into tens of thousands of pounds – is preventing people from seeking justice.

“The plans announced today will stop leaseholders from picking up the tab for unjustified legal costs – creating a housing market that truly works for everyone.”

“This pledge is a crucial first step towards positive change in the residential leasehold market and it reflects our commitment to eliminating bad practice from the market.”

And to further protect leaseholders from excessive costs, older people and their families will be better protected across the retirement sector from unfair fees – sometimes called ‘event fees’ – charged in some leasehold retirement properties, where owners are required to pay extra charges when they become ill or die.

The measures announced today will stop older homeowners and their families being hit with surprise fees when they may least expect or be able to afford it, often when they are at their most vulnerable, such as following the illness or death of a loved one.

This is part of ongoing action by the government to reform and modernise the home-buying process and crack down on unfair practices in the leasehold market – helping to create a housing market that works for everyone.

“The home building industry is committed to ensuring that leasehold is used appropriately and remains a safe and secure tenure for homeowners.

“This pledge is a further demonstration of the industry’s intent to provide homebuyers with clarity, transparency and security ensuring that when used, the terms and conditions of leases are fair and proportionate.”

Options are being explored to close the legal loophole and Ministers will announce next steps in due course. This includes consultation with industry on how whether these changes could should apply to existing leases too. We will also raise awareness for how leaseholders can avoid paying their landlords legal fees through current legislation.

The government has today announced its response to the Law Commission’s report on event fees. The majority of the recommendations have been accepted which include:

A new statutory code of practice which will ensure that these fees cannot be charged unexpectedly, while fees that breach it will be regarded as unenforceable.

Developers and estate agents will be required to make all such fees crystal clear to people before they buy, so prospective buyers can make an informed decision before forming a financial or emotional attachment to a property.