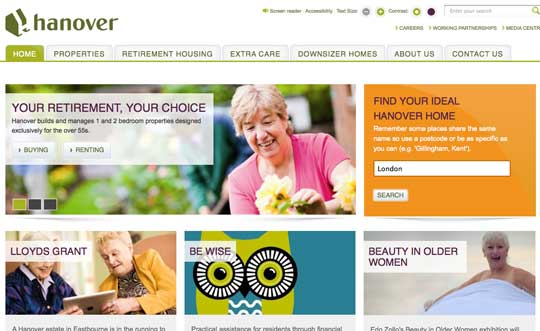 Hanover residents are becoming increasingly concerned that the supposedly not-for-profit housing association is mining value out of their sites by flogging off the house manager flats.

Leonard Hackett Court in Bournemouth had its house manager flat sold in June for £105,000, while others report Hanover seeking planning consent to enhance value before putting the properties up for sale.

“It was outrageous that our house manager flat was sold,” says Peter Penberthy, of the Leonard Hackett Court residents’ association.

“We voted to end a resident house manager service, not to sell the flat. Given that we have paid all the rent on the flat from 1981 and all subsequent costs on the flat, it should have belonged to the residents who have been paying for it.

Penberthy is particularly angered that Hanover assumed ownership of the flat because Leonard Hackett Court was built in 1981 with a £300,000 grant from the Housing Corporation.

Another £709,100 came from sale of the leases, meaning that Hanover – in those days a charity – paid in nothing at all.

A spokesman for the housing association said the decision to sell the house manager flats, where the residents have decided to end the live-in house manager, was made by the Hanover board in 2008.

“At that point the board also agreed that where such flats are sold, Hanover would make a contribution of £15,000 to the estate concerned. This is a goodwill gesture, intended to ensure that residents see a benefit from the sale.

“Residents also receive a further marginal benefit on a continuing basis since the costs of the estate are shared across one additional flat.

“Hanover consults carefully with residents in any such case, in accordance with the Association of Retirement Housing Managers’ code of practice.”

Penberthy is not impressed. “Hanover simply dictated that they would sell and we had no say in the matter.

“Worse they cocked up the flat’s lease, wrong apportioning its service charges at 1/35th, whereas now there are 36 flats.

“They don’t have clue and it is one mistake after another.”

LKP has asked Hanover whether it sought or obtained a legal opinion before selling these assets.

House manager flats are often mentioned in leases, as is the service of a resident house manager. In many cases, planning consent was granted because sites were built with a resident manager.

House manager flats have been a lucrative revenue stream for years in retirement leasehold, with vaguely worked out “notional rents” being paid for their upkeep.

These have been challenged by residents successfully in the past, as here at Oakland Court in Worthing where residents won back £68,500. The court action was organised by resident John Fenwick, a constituent of Sir Peter Bottomley who obtained Bar Council pro bono barrister to plead the case in tribunal.

At Tchenguiz freeholds the notional rent appears to be negotiable at open meetings with leaseholders.

The sale of house manager flats is altogether more serious.

LKP deprecates the mining of value of retirement sites by flogging off the communal areas. Legal opinion obtained by LKP suggests the practice of selling house manager flats is unlawful.

The advice to all retirement sites is: do not agree to the sale of the house manager’s flat.

Why does Peverel own these flats?