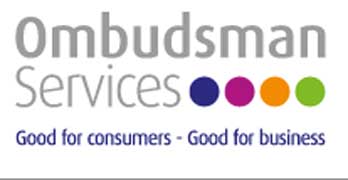 Gavin Lee, of Block Managers, based in Colchester, was horrified to take over a luxury block in Pimlico, central London, to find that the works had been added to a Section 20 to make good the front steps.

This had been the decision of outgoing managing agent Hamilton King, a month before the head lease was sold.

The costs here were only £2,376, but the Section 20 included repairs and decoration to the lower ground floor flat which is worth more than £1 million.

It has also been the subject of £259,000 insurance claims over the past five years.

“The liability issues here were horrendous,” says Mr Lee. “Even though some leaseholders said that they were happy to pay, I was not going to do this.

“A Section 20 is not the way this sort of issue should have been resolved.”

But the owner of the flat then reported Block Managers to the Warrington-based Ombudsman Services: Property.

After consultation with ARMA, Ombudsman Services: Property ruled in favour of Block Managers.

“ARMA has informed this office that the cost of repairs to an individual flat cannot be funded by the service charge.

“It is irrelevant whether all leaseholders agree to cover the cost of repairs as such an agreement has no standing in law.

“Potentially, the other leaseholders could complain about funding the repairs regardless of what they agreed to.

“They could take the landlord to tribunal where the decision may be that that costs are not payable under the terms of the lease.

“This could leave the landlord liable for the full cost of repairs to your flat. Of course, the landlord would then question the role of the managing agent in instructing the works to be included in the Section 20.

“… Following the investigation of your complaint, our decision is that no award or remedy is required of Block Managers Limited.”

But after seeing the complaint thrown out, Mr Lee was astonished to be presented with a bill for £312 from Ombudsman Services: Property, which is the ARMA endorsed ombudsman service.

“If I was in the wrong I would happily pay for your time investigating the case,” Mr Lee has told Ombudsman Services: Property.

“I, however, was correct in the decision that was taken and therefore I will not be paying your invoice as I find it totally unfair and if anyone should pay it, it should be the one making the unfounded complaint.”

Ombudsman Services: Property says that it considers complaints, but those that are not dismissed and are investigated further do involve a charge to the participating companies even if their conduct is justified.

The Property Ombudsman fines agent for selling house as ‘virtually freehold’. (Don’t worry ARMA members: it was only £200)

Hanover has sold 21 retirement house manager flats
Next Post: Competition and Markets Authority relies on skimpy MORI poll of 1,050 for its report on leasehold management