Does the UK have the greediest, most venal and least competent housebuilders in the world? 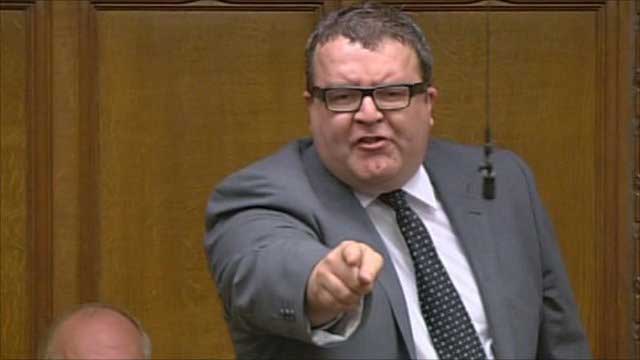 The Labour deputy leader Tom Watson joined the APPG on leasehold and commonhold reform yesterday, while the Communities Select Committee still has not called in the housebuilders.

Mr Watson, the MP for West Bromwich East, joined on the prompting of constituents.

Meanwhile, the government is showing increasing seriousness over the issues of leasehold reform, coupled with exasperation at plc housebuilders as evidenced yesterday over planning, land banking and supply issues raised yesterday.

Gargantuan profits have been made through the government subsidy of Help To Buy, and the nation’s housebuilders have responded by shafting their customers with wealth-eroding leasehold terms and intricate “fleecehold” management charges on private estates (where the council hasn’t adopted roads, lighting and drains).

Theresa May referenced leasehold issues in a speech in East London yesterday: “With no regulation in property management, the door has been open to cowboy agents – with tenants, leaseholders, freeholders and honest agents all paying the price. That’s why we’re working with reputable property managers and their clients to clean up and regulate the sector.”

Communities Secretary Said Javid told the Commons yesterday: “We are cracking down on rogue landlords and the abuse of leaseholds … We have launched a new, more assertive national housing agency, Homes England. We have launched an independent review, led by my right hon. Friend the Member for West Dorset (Sir Oliver Letwin), into the gap between planning permissions granted and homes actually built.”

Justin Madders, Labour MP for Ellesmere Port and Neston, said: “There are some laudable aims in the Secretary of State’s statement today, but I fear they will not succeed because we are still relying on the same cabal of developers who brought us the leasehold scandal and whose profits have gone up nearly 400% in the past five years.”

The housebuilders also awarded themselves princely remuneration for harvesting the housing crisis and a load of public money, with the £120 million bonus to Jeffrey Fairburn, CEO of Persimmon, the most outrageous example.

(After £45 million or so, Mr Fairburn has allocated the rest to charity … seemingly controlled by Mr Fairburn.)

Meanwhile, the Communities Select Committee, chaired by Clive Betts MP, has still not called in the housebuilders to address the leasehold scandal.

LKP has repeated urged it to call in Pete Redfern, CEO of Taylor Wimpey, to address the company’s “ground rent assistance scheme”.

This is an offer to turn doubling ground rent into ones linked to RPI.

It does not apply to anyone who bought a resale, and the RPI will be linked to the doubled ground rent if the ground rent has already soared.

Furthermore, Taylor Wimpey won’t say how many of its former customers are involved, which are the sites, and how many leases have toxic terms.

Other housebuilders need to do some explaining: such as Persimmon on why it is now selling out houses at Harrow View West as freehold rather than leasehold, and what is it going to do about its now disadvantaged former customers.

In the planning debate yesterday, another testy APPG member, Andrew Selous, Conservative MP for South West Bedfordshire, said: “Houghton Regis North 1 is a 5,000-house development in my constituency for which all planning permissions  have already been granted.

“My concern is that I am told that not a single person will collect keys on that large site until early 2020 because of the time it will take to put in electricity and other utilities. My constituents need those houses now. They cannot wait that long and they cannot wait for the Letwin review. What can the Government do to help to get those utilities in more quickly, so that we build the houses we desperately need?”

Does the UK have the greediest, most venal and least competent housebuilders in the world?

Listed below are the members of the All Party Parliamentary Group looking into Leasehold and Commonhold reform in the new parliament. The list is updated as new members join and will be updated on this page throughout the parliament.

Any member of parliament in the Commons or Lords may join an APPG unless they hold a formal office in the government. The group has also created the informal category of “friend” of the APPG to allow members of the government to follow the group as part of their work in constituency matters.  Current APPG “friends” are:

Members of parliament wishing to join the APPG can either write to us at appg@leaseholdknowledge.com or contact any of the co chairs Sir Peter Bottomley MP, Jim Fitzpatrick MP and Sir Edward Davey MP.

The aims of the All Party Parliamentary Group are updated as at 5th July 2017:

As with all APPG sites we are required to state: “This is not an official website [or feed] of the House of Commons or the House of Lords. It has not been approved by either House or its committees. All-Party Parliamentary Groups are informal groups of Members of both Houses with a common interest in particular issues. The views expressed in these webpages are those of the group”.

‘Fleecehold’ petition launched to stop housebuilders creating YET ANOTHER revenue stream from their customers
Next Post: Grenfell cladding debate: Who thinks offshore freeholders will pay (apart from government ministers)?