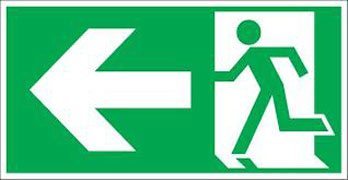 Leasehold exit and sublet fees have been referred to the Law Commission, which will almost certainly be the end of them.

This means anyone selling or renting out a retirement or non-retirement flat should keep all documentation with a view to making a claim in two and half years time.

The decision is a volte face, as in July the Law Commission stated that it was not going to examine the issue. Possibly thanks are owed to DCLG staff for finally pushing through the issue.

Exit fees are paid on sale of most retirement leasehold properties, and were a widespread revenue earner introduced by McCarthy and Stone and its imitators, where it was set at one per cent.

In the fancier retirement sites, it can be up to 12 per cent. Retirement builders stopped the fees from 2008, and they do not apply to most leases after that date.

But the Law Commission is also examining sublet fees.

There is no reason at all why this examination should not spread beyond the retirement sector to the wider leasehold sector.

LKP is deluged with inquiries about subletting fees, often where freeholders and their managing agents are plucking figures from the air for a sublet consent.

The tribunals have dealt with countless cases, but there is no binding decision on what would be a fair sublet consent (most freeholders have to give consent to a sublet, usually followed by the word “such consent not to be unreasonably withheld”.

The retirement sector is further complicated because some sublet fees are contributions to the contingency fund and some are set at one per cent of market price.

One family at Gibson Court, in Hinchley Wood, Surrey had to pay a sublet fee of £2,500 into the contingency fund last January.

McCarthy and Stone this month dropped the one per cent contingency charge at all sites where it is the freeholder in favour of an £80 plus VAT fee. More here

Today’s statement from the Law Commission is in full below, or on its website here

Transfer of Title and Change of Occupancy Fees in Leaseholds

Status: Work will commence on this project in October 2014. We expect to publish a consultation paper in summer 2015 and make interim recommendations for reform in March 2016

The project was referred to the Law Commission by the Department for Communities and Local Government (DCLG) and will look at leasehold terms that oblige the lessee to pay a fee when title is transferred or where there is a change in occupancy. Concerns were raised with the Office of Fair Trading (OFT) about retirement home developments where these terms are chiefly to be found. The amount payable is usually calculated as a percentage of the sale price or the original purchase price. Terms may be triggered where the transfer of title is voluntary, for example on sale, or involuntary such as under a property transfer order. Change of occupancy terms may be widely drawn and can be triggered on more than one occasion over the lifetime of a lease, for example, where the lessee goes into hospital during spells of illness.

The OFT concluded that the terms were potentially unfair and that there was a lack of transparency, particularly in the sales material. The nature of the terms can be unclear and some appear to fall outside the existing regulatory regimes. As a result there may be no means by which a lessee can effectively challenge a term or the reasonableness of the sum involved. In response to the OFT’s report some landlords voluntarily entered into undertakings on the use of the terms. However, OFT also recommended that the Government should consider further measures, including legislative reform.

The project will consider the problems caused by terms in residential leases generally which require the lessee to pay a fee on a transfer of the title or change of occupancy, and in the retirement home sector and similar markets in particular.

We will look at how the current law addresses the problems that are identified and consider whether greater protection is needed for lessees. This may involve unfair terms legislation, landlord and tenant law and conveyancing procedure. We will also consider what the impact of any greater protection may be.

AgeUK’s damning verdict on leasehold in CMA study
Next Post: Leasehold left out of government Flood Re insurance scheme »