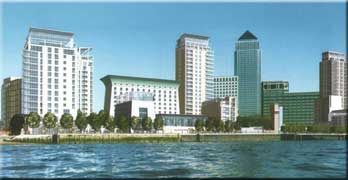 After having lost in the lower tribunal and in the upper tribunal, been declined an appeal and a postponement pending a judicial review, and then been injuncted to comply with the property tribunal ruling, the freeholder at Canary Riverside might have been expected to give up.

Instead, John Christodoulou is heading back to court seeking a judicial review into the court ruling.

This time he is represented by Ranjit Bhose QC, having dispensed with the services of landlord and tenant barrister Justin Bates.

Mr Christodoulou, who describes himself as a property “billionaire”, clearly feels that justice has not been done and he has the resources to fight on.

At stake is the future management of Canary Riverside, one of Dockland’s most expensive riverside sites including 325 flats, a five-star hotel and luxury gym.

The property tribunal appointed property management veteran Alan Coates to manage the site in a ruling published in September.

It was Mr Coates, the former MD of HML Andertons, who sought and obtained an injunction in October to obtain on-site co-operation so that he could manage the site to which a court had appointed him.

Their application for a recognised tenants’ association was resisted by Mr Christodoulou in an afternoon showdown in the property tribunal in March 2014 (date of decision: May 14 2014).

The freeholder ran up costs of £74,500 for a QC, legal team and professional witnesses, but lost the case.

The ruling can be read here

John Christodoulou minions get the boot at Canary Riverside