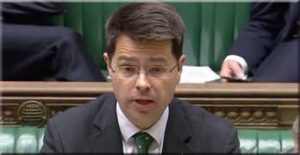 On 14th November Liverpool City Council met and considered leasehold housing and have asked the Mayor to write to SoS Brokenshire to express their “severe dissatisfaction” with the government and their failure to do more to help thousands of leaseholders burdened with onerous lease terms and administration fees.

This Council expresses its severe dissatisfaction with this Government’s failure to adequately regulate the sale of leasehold properties within the UK, and tackle the onerous terms of existing leases.

It notes its concern for the financial burdens suffered by homeowners, due to unregulated developer practices, and the unacceptable terms of leases.

It notes concern for residents, who find themselves unable to sell their homes, except for a considerable discount, following the public’s increasing awareness of the struggles affecting leasehold homeowners.

It welcomes pledges to address the matter; however, expresses frustration regarding the extent of this Government’s plans, and its commitment to support those already affected by unfair practices, and charges.

This Council resolves that this Government takes urgent action to address:-

The Council requests that Mayor Anderson writes to the Secretary of State for Housing, Communities and Local Government, to express its concern regarding the above issues, and request further, pressing action is taken to not only to restrict the development of further leasehold homes, but to provide appropriate support and means of redress for existing leaseholders.

Perhaps it time for the Secretary of State to ask himself do LKP the NLC and Liverpool council know a something different to the freeholders and developers who use smooth words to tell the government and the MHCLG Select Commitiee this is just a tiny problem.

In written evidence to the MHCLG Select Committee

Wallace Partnership Group claims “We believe the number of onerous (by which we mean a rent that doubles more frequently than every 20 years over the life of the lease) leases in existence to have been vastly overstated by the media.  Our own portfolio of c. 107,000 leases contains 1% by rent and 0.4% by number of such leases.”

Consensus Business Group claim “As can be seen from the figures set out in Appendix 2, the number of 10-year doubling rent review leases acquired comprises a small proportion of our estate at 1.4% by units and 2.8% by rent.”

Long Harbour claim “ As part of our research throughout this process, we have been working with the specialist property law firm, Winckworth Sherwood LLP, to ascertain the actual quantity of ‘10 and 15 year doubling’ leases in the market. The reality is very different to what has been reported: there are in the region of 12,000 of these leases, out of a total of 4.5 million leasehold properties in England and Wales. This equates to less than 0.3% of all leaseholds.”

The Liberals (no, not those ones) register ‘severe dissatisfaction’ with Tory record on leasehold