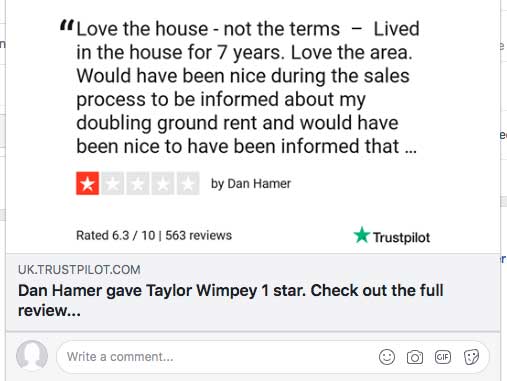 Another brilliant initiative by the fiery National Leasehold Campaign activists:

leave reviews of your purchasing experience – or freeholder and managing agent, for that matter – on TrustPilot and similar review sites.

The National Leasehold Campaign, which is a closed (ie not publicly published) Facebook group, now has more than 12,000 members and is the most active forum of leaseholders.

LKP unhesitatingly recommends that all leaseholders join it, and plug into the wisdom offered by loads of other people, whether fellow leaseholders in flats or houses.

It is information that will crack this unbalanced and unfair system of property tenure.

By getting informed, and arming up, we will be able to outplay the well resourced private equity figures who have parked their speculations in residential freeholds and were expecting easy pickings. 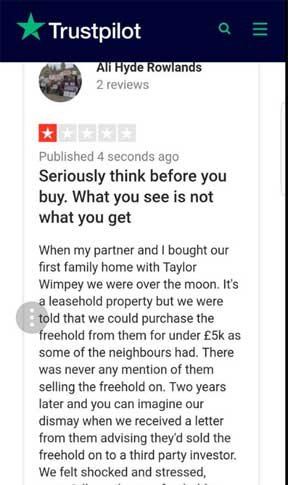