Donate
You are here: Home / Latest News / National Trust abandons ground rent rises of up to £8,000 a year for its rural leaseholders 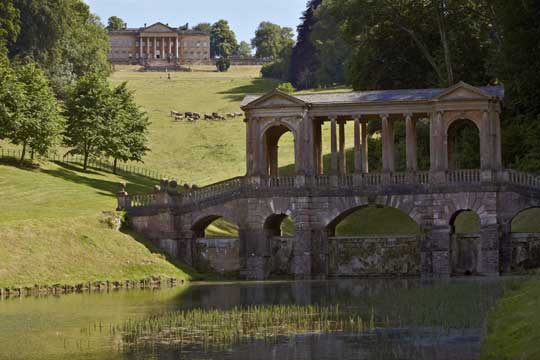 The National Trust has abandoned today its attempt to rack up ground rents for leaseholders who faced massive hikes owing to what the Trust’s property managers termed “modern ground rents”.

Around 300 National Trust leaseholders – who bought long-term tenancies to often dilapidated estate houses, many of no particular historic worth – faced the increased charges.

LKP spoke to an 86-year-old former headteacher living in a cottage with his disabled, middle-aged son in Devon where the National Trust is the freeholder: this year his ground rent was set to rise from £50pa to £8,000 a year.

Many of the leasehold properties were sold in the 1970s and 1980s in states of dilapidation.

They were sold on long leases of 49 years, with the National Trust at the time and for long afterwards indicating to putative buyers that the leases could be extended “free of charge” by another 50 years, a statutory extension under the 1967 Act.

Buyers were told that this arrangement, as opposed to issuing a 99-year lease at outset, was to discourage short-term ownership and speculation in National Trust residential property.

But the Trust’s property managers saw the opportunity to play the leasehold game and dreamed up what they termed “modern ground rents”. But whether modern or plain old-fashioned ground rents the unarguable truth is that they are for no defined benefit at all.

The issue was taken up by LKP and the Times newspaper ran a report as its lead story on its front page.

In December, Geoffrey Brewis-Levie, a National Trust leaseholder in Alnwick, Northumberland, told the Trust, contacted LKP to express his outrage at the Trust’s conduct.

He was the fourth owner of the lease, from 2001, since National Trust was bequeathed the freehold.

“The National Trust had therefore four opportunities to amend the lease in accordance with the Lease Reform Act 1967. This has not been carried out by the NT in any of the instances of sale with the title changes.

“As far as we were concerned we would be offered at least a 50 yr extension without charge of a premium for the extension component.

“We were aware at that point how the NT had treated other tenants in other parts of the country with huge rent increase demands.

“It appears the NT only started to make significant changes to their policies in the recent past to long leasehold renewals.

“It is for this reason we feel we have been misled by the National Trust concerning the statutory extension to our lease.”

In a face-facing statement, the National Trust says it has made the change after the Charity Commission said it could forgo these lucrative “modern ground rents” – implying that they were a legitimate revenue stream now voluntarily abandoned.

The press release even welcomes the government plans to reform leasehold law.

Modern ground rents will now simply be the existing ground rents adjusted for inflation on the “current nominal rent”.

In a statement today, the National Trust said:

“The National Trust has agreed to remove modern ground rent (MGR) for most of its long leaseholders.“The charity hopes that this significant change will help to resolve the situation for those long leaseholders who were not aware of the financial impact of MGR when they acquired their properties.

“Modern ground rent arises when, under the terms of the Leasehold Reform Act 1967, long leaseholders may have the right to statutorily extend their leases by up to 50 years. This is in return for payment of a higher rent known as ‘modern ground rent’. This is likely to be significantly more than the nominal annual amount payable before the extension begins.

“However the Trust has continued to listen to its leaseholders and look for a resolution to this complex issue.

“We have been listening to the concerns of our long leaseholders and looking to find ways to ease the impact of MGR where we could. However, we have increasingly seen that in many cases, finding out about the rises in modern ground rent has caused serious concerns for them.

“We also welcome the Government and Law Commission’s plans to review leasehold law. It may some take time for Ministers to implement any subsequent changes in the law and we have decided to act now.

“We are pleased that The Charity Commission has agreed to our request for an Order enabling us to remove the effect of modern ground rent altogether for most long leaseholders. In these situations we will replace modern ground rent with an index-linked rent based on the current nominal rent.

“We appreciate that it has been a difficult time for many of our long leaseholders and we hope that this significant change will help resolve the situation. We shall now be working with the individual leaseholders to put this into effect.”

£19,200 a year ground rents at Crawford Building are not our problem, says Redrow
Next Post: RICS fines Warwick Estates £20,000 over lift shaft fatality – after ARMA ‘blocked its regulator from hearing the case’