Donate
You are here: Home / Latest News / Why are National Trust leaseholders in uproar over ‘modern ground rents’? 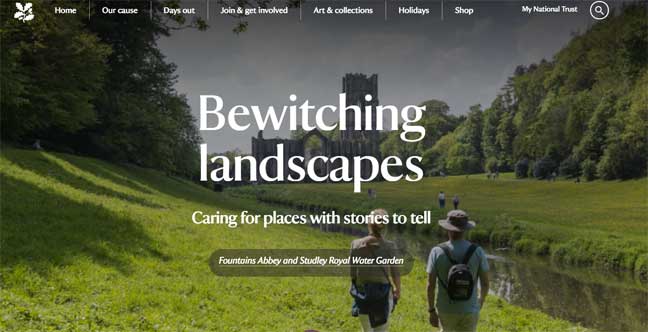 Since December last year, the Leasehold Knowledge Partnership has been contacted by National Trust leaseholders – there are around 300 in total – some of whom face crippling rises in ground rent.

The issue has not been made public by us as representatives of the National Trust leaseholders could never agree whether or not to make the issue public. Furthermore, we were swamped by the new-build ground rent scandal.

We even produced a survey for National Trust leaseholders, which can be completed here

Today the issue of National Trust leaseholders appeared on the front page of The Times:

National Trust raises tenants’ rent demands by up to 10,000%

The National Trust has been accused of profiteering after hundreds of leasehold tenants were told that they faced ground rent increases of up to 10,000 per cent. The Tenants Association of the National Trust is demanding an inquiry into the conduct of the country’s biggest conservation charity after an 87-year-old resident was informed that his payments would rise from £148 to £15,000 a year.

Many National Trust leaseholders – who bought long-term tenancies to often dilapidated estate houses, many of no particular historic worth – do feel that they have been treated unfairly.

We were concerned to speak to an 86-year-old former headteacher living in a cottage with his disabled, middle-aged son in Devon where the National Trust is the freeholder. Next year his ground rent rises from £50pa to £8,000 a year.

Many of the leasehold properties were sold in the 1970s and 1980s in states of dilapidation.

They were sold on long leases of 49 years, with the National Trust at the time and for long afterwards indicating to putative buyers that the leases could be extended “free of charge” by another 50 years, a statutory extension under the 1967 Act.

Buyers were told that this arrangement, as opposed to issuing a 99-year lease at outset, was to discourage short-term ownership and speculation in National Trust residential property.

Many leaseholders then spent thousands transforming these properties. Most are estate and farmworkers’ cottages. The epicentre for the dispute was the Killerton estate, in Devon.

It is clear that the National Trust encouraged sales on this two-stage basis.

At some stage, the National Trust called in more commercially minded property professionals – doubtless thinking of themselves more grandly as “asset managers” – and suddenly a notion of “modern ground rent” was introduced.

It appears that the National Trust did not hike the ground rents until, perhaps, June 2014.

A letter of June 11 2014 of David Jenkins, a chartered surveyor and a National Trust consultancy manager, says that:

“The National Trust considers it right to charge the modern ground rent where it applies, and that we plan to do so.

“However, we do understand that when some long lease tenants bought their properties the tenants’ own lawyers or surveyors may not have explained fully – as they should have done – how modern ground rent works. So we are trying to be flexible about how we help tenants to deal with the situation where these charges have taken them by surprise.”

This is not accurate, according to the leaseholders.

It is rather fanciful to think that solicitors, or other advisers, could have given much useful guidance on ground rents (in rural Devon): the scandal over new-build properties demonstrates that this is a niche, specialist area of residential property which few understand (conveyancing solicitors and even mortgage lenders included).

The National Trust itself was not applying increased ground rents in its lease extensions until two years ago.

The leaseholders claim that there is considerable inconsistency: the 86-year-old gentleman’s 49 year initial lease that terminates next year faces £8,000pa in ground rent; a neighbour whose statutory lease extension begins in 2025 faces only £2,000 a year.

Those who have more recently purchased a 49-year lease face even lower ground rents when the 50-year statutory lease extension kicks in.

Leaseholders made a formal complaint to the Charity Commission concerning these issues last year. Its annual report states:

“We enabled the National Trust to treat tenants of their properties in a fair, moral way. Had we not done so a number of tenants in around 300 properties might have had difficulty in paying increased rents.”

As a result of this decision, the National Trust has allowed some residents to buy out their “modern ground rents” at a 50 per cent discounted rate.

“The Trusts proposals are intended to help people who have been taken by surprise by the impact of modern ground rent,” according to David Jenkins, a consultancy manager for the National Trust.

Leaseholders are clearly very unhappy with this state of affairs, telling the Charity Commission:

“In your case study, you say that the impact of your involvement has enabled the National Trust to treat tenants of their properties in a fair, moral way and had you not done so a number of tenants in around 300 properties might have had difficulty in paying increased rents.

In the past, the National Trust was telling its leaseholders that these 50-year extensions to their leases were “free of charge”. It repeatedly emphasised this extension as “free”.

“The requirements of the Leasehold Reform Act 1967 are complicated but broadly if your lease is for more than 21 years with a rent of less than £250 a year and you have owned it for at least 2 years then you may be able to claim the free fifty year extension to your lease.”

Again, there is no indication that ground rents would drastically increase.

A separate issue concerns the granting of ‘’voluntary extensions’’ after the 49-year initial lease and the 50-year statutory extension.

The National Trust’s property managers have been accused of “thinking they are asset managers” after hundreds of households faced “ludicrous” ground rent increases of up to 10,000 per cent. The Tenants Association of the National Trust has called for an inquiry into the conservation organisation’s practices after people who have been living on National Trust land for decades were faced with sudden increases in costs.

The Daily Mail reports the issue:

He was told he’d have to find £78,000 to buy out the higher ground rent Conservative Ed Vaizey says his constituent faced a rise from £50 to £5,000 Leaseholders say the were told leases can be extended for 50 years at no cost The Charity Commission no longer requires the trust to maximise income Over 10,000 people live 5,000 in homes on National Trust land Tenants are demanding an inquiry after the National Trust told an 87-year-old his annual ground rent would rise from £148 to £15,000.

And then the Mail on Sunday also joined the fray:

In the wider leasehold world, a 99-year lease would need extending quite quickly, and would be a statutory right. The National Trust has exemptions from leasehold law – quite rightly, otherwise these assets might be enfranchised and lost to the Trust – but has issued “voluntary extensions” to leases.

Some leaseholders are concerned that these voluntary extensions may not now be available, especially to National Trust leaseholders who have publicly complained about these issues.

In short, that they will be victimised by one of the most fondly regarded institutions in the country.

LKP asks for clarity on the Trust’s policy regarding voluntary lease extensions. However, we accept that they are entirely discretionary and the National Trust can choose to end the tenancy by not granting an extension.

The National Trust told The Times:

“We are aware that some leaseholders feel they have been misled as to the impact of modern ground rent and we take those concerns very seriously. If we are satisfied that has happened we will consider forgoing modern ground rent altogether, which we have already done in one case.”

The National Trust is invited to comment further to LKP.

The National Trust explains its “free” lease extensions in paragraph 2 below in a now deleted web page:

National Trust abandons ground rent rises of up to £8,000 a year for its rural leaseholders

Now four in five homebuyers avoid new-builds … after ground rent scandals and shoddy build quality, that’s no surprise
Next Post: NATIONAL LEASEHOLD CAMPAIGN (NLC) WILL HOLD A MINUTES SILENCE IN HONOUR OF THE VICTIMS OF THE GRENFELL TRAGEDY. »