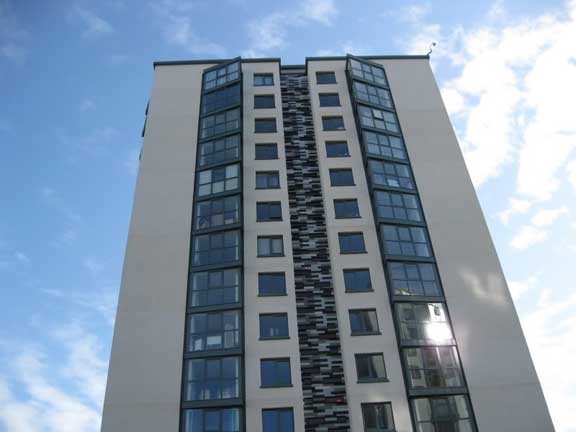 A private block of flats owned by Newcastle City Council is being denied the right to appoint its own management – even though buyers were assured they would have this right in the sales contract.

The pledge could not have been clearer when the 80 leasehold flats at The Cedars, in Riverside Dene, were sold five years ago for between £50,000 and £90,000.

“How long has the management of the company looking after the building been appointed for? Five years, after which the residents as a whole can either reappoint or find another management company.”

The building is managed by Mainstay and the residents want them out. But Newcastle City Council is ignoring the previous commitment to the residents saying “we are legally responsible for the procurement of the contract”.

It adds: “there is no right of nomination of alternative contractors under the statutory consultation process where the proposed agreement requires public advertisement within the EU.

“However the council can, and will, invite leaseholders and the RA to give names of any contractors that they would like to see bid for the contract.”

“The council have just stuck two fingers up to the local residents and have done all along. They have broken this promise over the management just as they did their pledge not to allow landlords to own the flats.

“The place is atrociously managed and we just want to get rid of the council. But they are fighting this viciously, as though it is personal.

“They treat us like council tenants rather than people who have bought their homes, and even mistakenly address us as tenants in correspondence. We just want them to go.”

A meeting is being held tomorrow evening to discuss the procurement arrangements for new management.

The site will not qualify for right to manage with a local authority landlord, but there may be mileage in asking for a court appointed managing agent under section 24 of the 1987 Act.

The full sales brochure for The Cedars is here

The full council letter is below

LEASE under pressure to raise cash through paid-for services
Next Post: Boughton Hall’s £950,000 freehold for sale and it pays out 22% a year …