Donate
You are here: Home / News / Competition and Markets Authority / OFT / OFT told: You’ve had the facts on leasehold for years. Just get on with it! 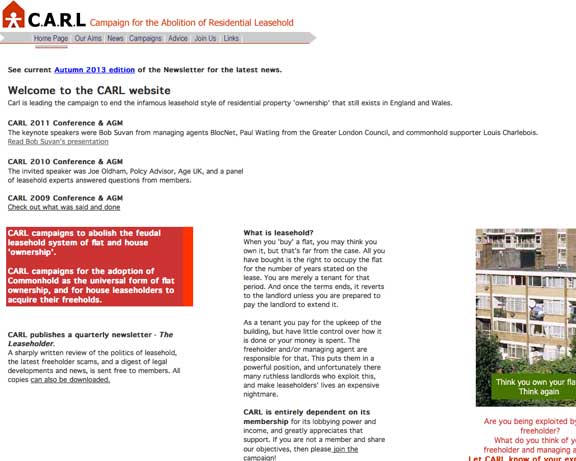 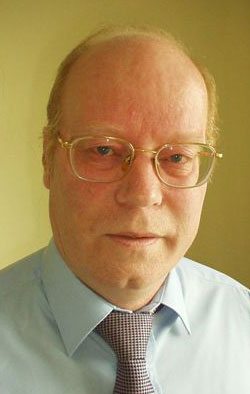 The Campaign for the Abolition of Residential Leasehold (CARL) has sent an acerbic letter to the Office of Fair Trading in response to its inquiry into leasehold.

The letter comes from chairman Nigel Wilkins (left), who has headed CARL since 2003, as the OFT seeks to define the “scope” of its inquiry.

The campaign, which was founded in 1999, has pointed out moral flaws in the sector, such as the taxpayer-funded Leasehold Advisory Service informing freeholders how they can forfeit leases.

The OFT’s inquiry is the third since the investigation into retirement exit and subletting fees reported in July 2012 and Wilkins is understandably getting testy.

“I am interested that you have finally got round to conducting a market study into leasehold management,” begins Wilkins, who is a leaseholder in Kensington, in central London, and is standing as a local councillor.

“A competent regulator would have imposed severe penalties against landlords and managing agents many years ago – at the same time ordering substantial compensation payments to leaseholders.”

In the latter, the OFT complacently allowed Peverel leniency based on the fiction that it had somehow “turned itself in” – as opposed to having been rumbled.

In fact, pensioners had made multiple complaints to the authorities – including the police – in 2009, and the Cirrus scam had even been outlined in the Times on December 4th of that year.

Only afterwards did Peverel decide to come clean.

The OFT then proceeded as slowly as possible, beginning the inquiry in April 2011, and was all set to slip it out without much fanfare – it did not merit any – in the autumn of 2013.

The result was to delay the publication of the Cirrus report and – three days before this unimpressive piece of work appeared in December – the OFT announced a full inquiry into leasehold management.

Needless to say, the OFT will be subjected to the partial and self-interested lobbying barrage of ARMA, ARHM and RICS – all of whom are past masters at obfuscating issues in the sector (while hypocritically parroting the need for “transparency”).

In contrast to which, Nigel Wilkins’ letter is a breath of fresh air:

To the OFT, re leasehold market study

I am interested that you have finally got round to conducting a market study into leasehold management.  A competent regulator would have imposed severe penalties against landlords and managing agents many years ago – at the same time ordering substantial compensation payments to leaseholders.

I enclose a file that contains all the newsletters that CARL has published over the past fifteen years.  The abuses in the sector have got progressively worse over the years.  We have set out clearly what needs to happen to clean up the abuses.

I am very surprised that you even need to ask the questions you have about the scope of your study.  The answers to all of these questions have been entirely self-evident for many years, and the fact that you have asked them reflects how out of touch you are with the very serious abuse that leaseholders have had to face.

We have made every effort to make you aware of the issues for many years.  I recall your 2009 study into Scottish factors, and encouraging you to look at the more serious problems in property management in the rest of Britain.  I received a completely indifferent response.

I also remember visiting you with John Denham MP some five years ago.  He was concerned not just about the abuse of leaseholders over repairs etc, but the fact that managing agents forced leaseholders who complained to use premium telephone lines.  The more they abused the leaseholders, the more complaints they received, and therefore the more revenues they made.  I have to say that the officials we met expressed nothing short of indifference.

You clearly need to extend the scope of your study in other respects.  You need to include not just private sector leaseholders, but those who are the victims of so-called charities, as well as public sector local authorities and housing associations.  No category of landlord should be excluded.  You will also need to include the abuses perpetuated against leaseholders who live in houses, as well as those living in flats.  You will also need to assess the benefits of not employing a managing agent – just how those owning freehold homes operate.

Why are freeholders able to forfeit homes worth hundreds of thousands of pounds for amounts alleged to be owing of just a fraction of this?  The misuse of threats of forfeiture makes it easier to exploit leaseholders, who find themselves bullied into paying service charge demands they know are fraudulent.

You will also need to review the question of tenure change.  The deep conflicts of interest in the sector and the scope for abuse would be reduced by removing the landlord entirely from the scene.  There is also the high cost of acquiring the freehold, and the need for a fair price to be set reflecting the relative contributions of the leaseholder and the freeholder, and not one based on the landlord’s monopoly position.  The leaseholder pays for everything, while the freeholder not only pays for nothing, but also rakes in a vast profit throughout the entire life of the lease, and then takes everything at the end of the lease.

Hardly any other country in the world has leasehold (preferring much fairer cooperative, condominium, commonhold and strata-title systems).  Perhaps you would include in your study an analysis of the way in which our immediate neighbours, Scotland and Ireland, are eradicating the remnants of their leasehold systems, and the fair and reasonable terms on which full ownership is being transferred to the leaseholders.

PS   CARL is the only national, democratic organisation that represents the interests of leaseholders.  We were established in 1999.

Cut out the nonsense and pay up for Peverel cheating! Cabinet minister tells Entwistle
Next Post: Leasehold owners excluded from government’s flood insurance plan, Flood Re