Donate
You are here: Home / Latest News / Urban Owners finds 41% of leaseholders have not had lease terms explained by solicitors

Less than 5% have a good understanding of commonhold, but …

… APPG on September 11 is to consider the ground rent scandal, the government response to it … and the need for commonhold to replace leasehold 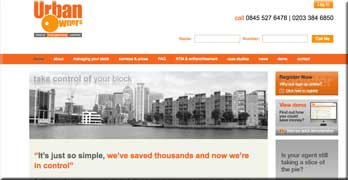 The LKP-accredited management company Urban Owners has found that only 41.9% of leaseholders have had their solicitors explain their lease.

24.2% admitted that they did not actually read their lease.

On the other hand, 18% wished that they had been better informed about ground rents, service charges and the costs of extending their leases.

It has briefed the Department of Communities and Local Government on management practices in the leasehold sector.

The research aimed to find out how aware leaseholders are of the different forms of property tenure that are available for flats.

Block management & Right To Manage. Avoid frustrations of traditional managing agents by taking control of your block with our Block Management Services.

As it happens the All-Party Parliamentary Group on leasehold and commonhold reform, which is organised by LKP as the secretariat, is to consider commonhold at its meeting on September 11.

In the Urban Owners’ research, compiled by Edward Morris, 85.5% claimed to have a good understanding of leasehold; 76.9% of freehold; and 54.3% of share of freehold.

Of commonhold, on the other hand, only 5% believed they understood what it is, and were aware that there are no ground rents or lease extensions necessary for a commonhold flat.

When buying a new flat only 2% said that the size of ground rent would be an important consideration. This was against 66.7% who would be concerned by service charges, with type of ownership structure coming second at 27.4%.

“The view of those in the industry is that Commonhold, introduced in 2002, is the most beneficial to residents, but has yet to gain much momentum and/or exposure.

“This is mainly due to the ‘little incentive for property developers to choose Commonhold over Leasehold when constructing new-build flats’ .

“This is because they will not receive additional income through lease extensions in the future. Economically speaking, you would expect the difference to be accounted for in the original sale price, but this does not seem to be the case.”

Now Bovis says ‘Our houses are freehold’. (Gleeson’s always were …)
Next Post: Leasehold gives rise to property values as substantial as candyfloss