Donate
You are here: Home / News / LEASE / Wibble, Wobble: why the Leasehold Advisory Service needs to be reformed 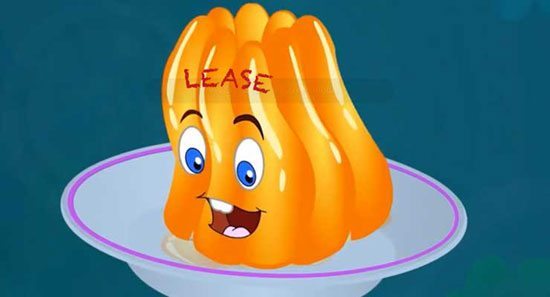 Does LEASE help or hinder? Write in to LKP

We believe that the case for reforming LEASE is overwhelming.

It does good work and employs some good people, who have provided help to leaseholders.

But its monetising enthusiasms – an annual conference in fancy venues for professionals only (leaseholders were only invited for the first time last year!); paid-for seminars for freeholders and managers (or their playing-the-system lawyers); a professional directory which is open to all who pay to get included – means that it has become too close to powerful vested interests in the sector.

This is not improper, but it is corrosive and it detracts from LEASE’s primary function: to serve the interests of leaseholders. Some of these are being preyed upon by very unsavoury outfits – served by an array of surveyors, accountants and lawyers – and LEASE has had absolutely nothing to say about these repeated scandals.

Instead, it prefers to perpetuate a happy fiction that leaseholders and freeholders and managing agents all work together in harmony. It is determined not to rock the boat or admit that there is a major problem in leasehold: LEASE seeks to maintain the status quo.

The core of the problem is that it was established to “provide free legal advice to leaseholders, landlords, professional advisers, managers and others on the law affecting residential leasehold in England and Wales”.

It does not exist to serve the interests of leaseholders, although that was the concern that caused it to be set up in the 1990s. We are aware of a number of your complaints from leaseholders and managing agents and we would like to have your evidence, and so would Housing Minister Kris Hopkins. Please email us, or comment on the site, and please copy correspondence to:

Taxpayers pump £1.04 million into LEASE (with the Welsh Assembly making an additional contribution). Are we getting value for money?

Much legal advice on the law from LEASE is extremely useful to the lay person (and the non-specialist solicitor, who often contact the service).

Its articles are a good place to start when involved in a leasehold dispute. LEASE is the only on-line source of information on Leasehold Valuation Tribunal decisions. Hopefully, the appalling Ministry of Justice database will resume once the Property Chamber comes into force in July.

This is an issue that Leasehold Knowledge Partnership has raised with its head, Siobhan McGrath. LEASE’s phone help line is a useful contact point to ask initial and more complex questions. Some of their advisers very good. LEASE reports 28,684 contacts through the year.

LEASE offer drop in advice services on two days a week at the London Tribunal, and it runs free basic training courses around the country.

In providing advice on the law, LEASE may inadvertently encourage leaseholders to take up ill-advised cases at LVT.

The reason is that having told leaseholders about the law and their legal rights, LEASE can do no more.

It does not fight the case for them. Leaseholders need to understand that LEASE will not provide advocacy help.

It will not help you build a case; it will not tell you how to prepare for a hearing; it will not warn you of the potential legal costs if you fail.

Only the voluntary services run through Leasehold Knowledge Partnership, AgeUK (this is ending) and the CAB, FPRA go on to help leaseholders build a case if you not able to pay a solicitor.

LEASE used to run a mediation service, which failed to take off.

“Demand for this service has not justified the cost and attention the organisation has given it,” it says in its annual report 2010-11, page 5.

It brushes problems under the carpet, or delays things yet further. Mediation has its place, but too often it fails in leasehold because the freeholder has no interest in finding a solution, especially if he has deliberately chosen to overcharge.

LEASE runs paid training courses for leasehold professionals. These can teach landlords and managing agents how to prepare and present themselves at the Leasehold Valuation Tribunal, how to face cross-examination and how to go about forfeiture of a lease.

Disgracefully, at LEASE’s 2010 annual conference, it allowed a speaker to set out how to inflate building insurance commissions and not disclose them to leaseholders.

There are also paid-for webinars. There is also the annual conference, which is an industry affair and costs about £330 per delegate.

LEASE is sometimes very slow in providing the correct information. Only very recently did it update its web site HERE on the issue of lawyers using “administration charges” as a way of working around the £500 limit on LVT legal costs.

The Leasehold Knowledge Partnership raised this issue with the Housing Minister in November and at a subsequent meeting with LEASE. LEASE seems too eager to work with many of the trade bodies, landlords managing agents, solicitors and surveyors in the sector, rather than leaseholders.

For example, its latest business plan includes a section “Working with industry to support rising of standards.”

This section deals with all LEASE’s planned actions to “Provide reports, discussion papers, and responses to government consultations as appropriate”.

At no point in this, or any other part of the business plan, does it consider the issue of standards or legislation in relation to those who pay the bills – the leaseholders.

LEASE was the key body that seemed to help scupper the introduction of s152 and 156 of the Commonhold and Leasehold Reform Act.

LEASE’s detailed submission included statements such as “we have major reservations as to whether these proposals will significantly achieve the Government’s original intent.”

And: “We strongly recommend that S156 is not commenced.” So why does the government, and to a lesser extent the Welsh Assembly, pay LEASE so much money?

Since the housing minister is reviewing the balance of the problems faced in leasehold, he should now consider whether LEASE is not part of that problem.

While LEASE was originally tasked with liaising with its sponsoring department over “government policy and possible amendments to legislation”, there is no clear evidence LEASE is taking a lead in this role. At a recent meeting, the chair of LEASE accepted their role in this area has been limited in recent years. It seems to us the Minister now has few resources to advise on weaknesses in the legislation.

Mark Prisk [then Housing Minister] should ask why he allows LEASE, funded by his department and overseen by his staff, to train private companies in how to defend legal challenges from leasehold homeowners.

Why shouldn’t LEASE help leaseholders prepare a case, or give advice on how to present themselves at a hearing?

He should ask what prompted LEASE so strongly to oppose s152 and 156. Something is not right about LEASE.

None of these comments in this article should be taken as suggesting that LEASE or it staff members do not act with integrity.

Leasehold Advisory Service has ‘been under review’ for 10 years. Here are the findings …

Leasehold Advisory Service: ‘Lawyers here won’t even speak to me, because I cannot afford their fees’