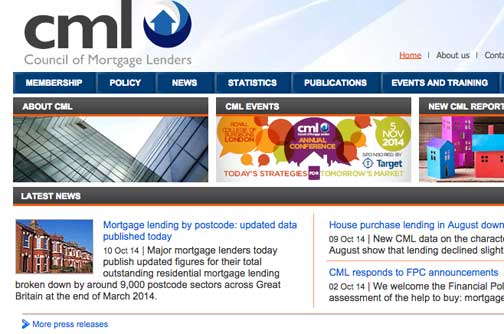 Forfeiture and how to bring it to an end was the subject of a LKP meeting with the Council of Mortgage Lenders and the Building Societies Association in London this afternoon.

LKP is trying to push the subject of forfeiture up the political agenda: for all leaseholder readers new to this site, forfeiture means you lose your leasehold property and all equity in it. Everything.

And so does the mortgage company that has a loan on it, hence the meeting.

Sir Peter Bottomley has called for all forfeitures to be reported to the Master of the Rolls, as head of the civil judiciary.

LKP urged the CML to back its demands for more data on the subject.

We need to know how widespread is this draconian measure – unique to leasehold – and report all cases where it has happened.

LKP will shortly being asking the Chartered Institute of Housing the extent of forfeiture in among local council leasehold and social providers.

In all cases of forfeiture – especially those involving social landlords – the equity an owner has in a leasehold property should be returned after the payment of outstanding debt.

It is quite wrong that freehold owners can obtain a massive cash windfall. No one in the leasehold sector has made a public defence of forfeiture, so far as LKP is aware.

Worse, the decision on whether or not the forfeiture should stand – ie whether Jackson should be rendered destitute and homeless – was taken in a closed court after two representatives from LKP were thrown out.

Only in leasehold and forfeiture could a decision of such importance be taken in secret.

The CML is understandably concerned about forfeiture as lenders can lose the security for their loans if they are not vigilant. This happened with Mr Jackson, as the Prudential messed up the initial case which resulted in forfeiture.

An excellent point on this subject has been made by Nigel Wilkins, of CARL, the Campaign Against Residential Leasehold.

He points out that a convicted mortgage fraudster in leasehold properties in Regina v Waya was better treated than a non-criminal. The criminal courts were punctilious in returning the crim’s seed-bed equity which began his scam. More here

The CML said that it would pass on data on the subject to LKP and consider re-examining an issue which is detrimental to its members as well as leaseholders.

Other issues that were discussed concerned Flood Re and Commonhold.

CML has been part of the group seeking to persuade DEFRA not to exclude leasehold from the proposed flood Re scheme.

If flood insurance for leasehold properties becomes more expensive of excesses increase it could place some leaseholder in breach of their mortgage conditions. Both CML and BSA will be monitoring the issue going forward to see if this becomes an issues.

The meeting ended with a discussion on Commonhold and that although the number of properties built under commonhold has been very small the relevant guides still contain the relevant information for lenders to provide mortgages to a commonhold development.

Both CML and BSA would be happy to cooperate with government if it were to revisit this legislation.

Now LEASE survival is at stake … it wants to meet the ‘stakeholders’
Next Post: Phillips v Francis … Pity the poor park home owners