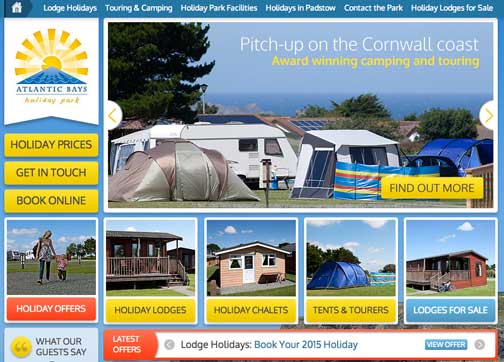 Yesterday the law case credited with making the leasehold property management virtually impossible – Phillips and Goddard v Francis – was finally presented in the Court of Appeal.

The case concerns leaseholders of 97 holiday chalets at Point Curlew, near Padstow in Cornwell – now called Atlantic Bays Holiday Park –  in dispute with their landlord over what constitutes qualifying works in a service charge subject to s20 consultation.

Sitting in judgment were the Master or the Roles Lord Dyson, the Chancellor of the High Court Sir Terence Etherton and Lord Justice (David) Kitchin presiding.

And the case is sufficient importance for the Government to seek and be granted permission to intervene: ie to assist the Court in its important deliberations. In other words, the state felt it needed to intervene in the public interest because of the way the previous judgment had determined how such costs should be considered..

The reason the government and the sector had become so concerned is that the previous court’s decision has been considered to amount to a requirement to consult on any works which cumulatively might come to more than £250.

A very good analysis of that decision comes from solicitor Nicholas Kissen, of the Leasehold Advisory Service, can be found here.

Some had seen the lower court’s decision as meaning that any landlord intending to issue a service charge that amounted to more than £250 might need to follow the s20 consultation procedure imposing both more costs and raising the possibility of overwhelming the tribunal with applications for dispensation.

Inevitably at this level, matters are never going to be simple and both sides were represented by two sets of bewigged lawyers, with the state adding a further wig into the proceedings.

The arguments from both sides make clear there is no simple answer.

A long debate took place about what might be deemed to be “sets” of works, and whether the judgment under review had intended to imply that “works” was intended to mean something different to the day-to-day provision of services.

Both sides made clear they believed the previous High Court decision had issues they did not fully support, and both seemed to accept that any implication in the decision which suggested day-to-day expenditure be included within the £250 limit was wrong.

Anyone expecting a conclusive argument from either side would have been disappointed, and we will need to wait for the judge’s findings to see who won.

The assertion was made during the hearing that there had been much analysis of the previous decision. Both parties were asked to provide a bundle of articles which pointed to the sector’s concerns, which will hopefully include those of Nicholas Kissin and and those from Estates Gazette.

That matters have gone so far as to require the intervention of the state is obviously pretty serious.

The leaseholders who began this action would have had no that their dispute would move on from Cornwall to the second highest court in the land.

Martin Francis, the landlord, does not emerge as a character of virtue. In the recent case of Dowding and Church v Matchmove, Judge McCahill concluded:

“ … I regret to say that Mr Francis has lied at various stages in his evidence and I can place little or no reliance on his evidence unless it is supported by other credible evidence.”

From the leaseholders’ side things have not run smoothly, either. 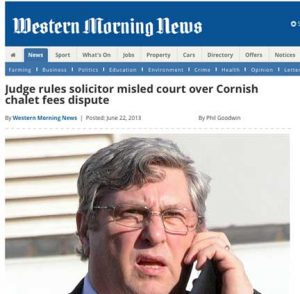 This has resulted in a second appeal being heard over costs. More here:

What is clear from the lower court decision in Phillips and Goddard v Francis is that lots of lawyers considered the legal view of what in the real world is mostly a surveying matter about what constitutes separate work, or works.

Adding yet another layer of complexity to the case, it appears that the Point Curlew site used to be owned by a tenant management company and was sold to the current landlord in 2008.

As always, the only real winners in the case will be the lawyers.

The landlord now knows he is under intense scrutiny on this site. In the various service charge costs considered in the case some have already been disallowed. The £95,000 paid by the landlord to themselves for their management services was rightly called into question from the very first case.

At yesterday’s hearing one of the 13 sets of major costs raised in the lower courts came under particular review. The strip out and refurbishment of the amenity centre was examioned. Consideration was given on the matter of whether sets of works should be considered as one or multiple projects and, therefore, whether issues for a single or multiple s20 consultation.

While these cases may well end up costing the leaseholders a considerable amount of money in legal bills, it may well cost even more to Mr Francis and his wife (the site appears to be a family concern).

As for the state’s involvement? An uncomplementary version might be: if we did not get the words quite right in the Act, could the courts consider what they were meant to be based on Hansard and the consultation document of the time.

We will not know until the judges have pondered the matter whether they are minded to accept such an argument.

What worries the government and the leasehold management sector is that if the wrong decision is made we could face many problems.

There may being no option but to amend legislation so that it says what Parliament had intended.